Labour fail to turn up at University hustings 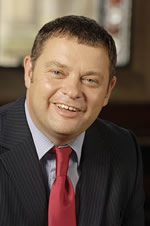 The elephant in the room hosting the Union’s election hustings last week was the lack of not just a Labour parliamentary candidate, but the no-show from the party’s Michael Amesbury, a Fallowfield councillor who had been named on posters.

Speaking to Labour parliamentary candidate for Withington Lucy Powell the previous week about her own lack of attendance, she had cited “diary commitments” which she refused to go into. At the time she promoted Tony Lloyd, Labour MP for Manchester Central, who she confirmed would be attending in her stead.

“You couldn’t have a better replacement for me than Tony Lloyd. He’ll be fantastic as a Labour representative,” Powell had said the previous week. Lloyd did not attend last Monday.

Later, posters put up around the Union promised not Lloyd but Amesbury at the debate. Laura Williams, University of Manchester Students’ Union Campaigns Officer, confirmed this.


“I didn’t know that Amesbury wasn’t turning up,” Williams told Student Direct: Mancunion after the event. “There was absolutely no reason why he shouldn’t have turned up. I was told by Michael Joslin [who works for Labour as an organiser and as a campaigns assistant to Powell] that we were going to have Amesbury, that went on the poster and he just didn’t show up on the day.

“I thought they’d be in touch with me but I’ve heard nothing at all.”

When Student Direct: Mancunion contacted Amesbury to ask about his no-show, the councillor was not even aware that he was meant to be in attendance. “I have never said I was going because I couldn’t go because I was elsewhere actually doing some casework in Fallowfield, which is something I’d pre-arranged some time ago,” Amesbury said.

The councillor was angry that his name had been put up on posters without his knowledge. Williams again confirmed that it was Labour organiser Michael Joslin, who had authorised Amesbury’s name to be printed on the posters. Joslin has stated that that’s not the case, according to Amesbury who appears unsure of who is to blame.

“This is like the politics of a poorly organised sixth-form,” Amesbury told Student Direct: Mancunion, apparently talking not about the organisation of his own party but that of the Students’ Union.

Angry that his name would be appearing in the story, the Labour councillor repeatedly threatened legal action against this paper. “If my name appears in this story, believe me, I will come down on you like a ton of bricks. I really will. I’m saying this in no uncertain terms, and if you want to try me, try me.”

Jonathan Ridge, head of the Politics Society, who co-organised the event as part of the Virgin Voters campaign – aimed at getting students to the ballot box – was disappointed by Labour’s lack of a spokesman at the debate.

“It shows a lack of respect,” he said. “It’s kind of saying, ‘We value the student vote so much that we’re not even going to bother coming to their major hustings event,’ which was a fairly big thing.”

A number of heated phone calls between organisers of the event and Labour’s Withington offices are thought to have taken place.

“I heard that there was disquiet between certain members of the Labour hierarchy and people chairing the event. Every other party managed to respect that we were going to be impartial. Obviously Labour didn’t trust us to do this.

“Even the Conservatives and UKIP sent along people whose views they knew were not going to be in line with the majority of the students. They’re not stupid; they knew that but they sent them along anyway. They were happy to come along anyway and stick to their guns knowing they weren’t going to get any cheers. They still came along.”

Withington Lib Dem MP John Leech said after the Monday event: “I’m just surprised, frankly. The student vote is really, really important in Withington, in Gorton and across the whole country there are swathes of seats where the student vote can actually make the difference between someone winning or losing so I’m amazed that Labour haven’t sent somebody to get their message across.

“I know that Labour don’t have a very good message to give to students but even so you would have thought that someone would have come to defend their policy. I don’t think the Tories have a strong message to students but at least Chris [Green, Conservative] had the guts to come and face a fairly hostile audience.

“We were told that Lucy was coming, then it was Tony Lloyd, then it was Amesbury. You would have thought that they could have found one parliamentary candidate from Greater Manchester to answer questions from students.”