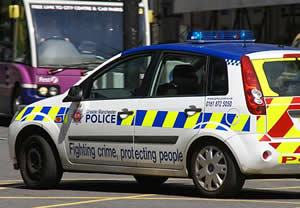 Figures obtained by Student Direct: Mancunion paint a worrying picture for students hoping to steer clear of crime during their time in Manchester. Not only is the level of crime targeted specifically against students high – with an average of 33 crimes per day – but inconsistencies in Greater Manchester Police (GMP) data-keeping practices suggest they may not have a complete picture as to the scale of the problem.

More than 2,000 crimes were committed against students in a single two-month period earlier this year. Yet a long investigation by this newspaper has found that of these reported incidents only 169 resulted in charges and just 35 in cautions.

Of the 33 crimes committed against students every single day, on average seven will be counts of grievous bodily harm, actual bodily harm (GBH/ABH) or harassment, 12 of theft or robbery and four of burglary.

The true figure is thought to be higher than that quoted as GMP do not always ask the victim of a crime for their occupation—“student” in this case. However, it must also be noted that the true figure for university students may be lower, as schoolchildren will be included in the dataset. GMP were unable to break the data down into students over 18 and those below, as they do not record a victim’s age.

Despite launching numerous initiatives every year in an attempt to tackle student crime, it appears that GMP are not completely on top of the problem. The Student Direct: Mancunion investigation is the result of a series of Freedom of Information requests from this paper to both GMP and the Crown Prosecution Service (CPS). Neither were able to confirm the number of crimes committed against students for which prosecution was sought by the police force.

As with many hurdles faced during the investigation, this was the result of apparent problems in data-keeping by the police force, which meant that the time taken to sift through it would be greater than the 18 hours allowed by the Freedom of Information Act. GMP were unable to confirm any attempts at prosecution when requested to.

This coupled with GMP’s inability to always distinguish between university-age and school-age “students” in their documentation suggests that a clear picture of student crime and how it is being managed is woefully lacking.

“We would need to manually go through over 2,000 crime reports,” said a spokeswoman. “This would entail going into each crime report, reading through the report to locate the offender, undertaking a check on the Police National Computer to find out if they were convicted of the offence.
“This process would have to be undertaken for each one. Therefore, this request would take over 18 hours to undertake.”

Superintendent John Graves, chair of the Student Safety Strategic Management Group at Greater Manchester Police said: “Every year, GMP invests huge amounts of time and expertise into analysis regarding crimes that are committed against students who come to live and study in the area.

“We have dedicated analysts who produce regular breakdowns of crimes that have been committed and this information, along with intelligence gathered by our neighbourhood policing teams, informs our operational and patrol plans.

“GMP is certainly able to identify university students by their age and occupation,” Graves said, contradicting the Freedom of Information officer that told Student Direct: Mancunion that the age of a victim was not logged when the paper requested a breakdown of the 2,137 victims by those ages under 18 and those 19 and over.


“The standard form that every officer has to complete when taking a crime report requires them to ask the victim their age and occupation. It is up to the victim whether they want to provide us with this information, however if they choose not to, the officer must then enter an approximate age for the victim. It is obviously not possible for an officer to make a guess as to what someone’s occupation may be.

“In terms of not seeking prosecutions for crimes committed against students,” Graves continued, “that is simply not the case. For the period 1 January 2010 – 6 March 2010, 77 people were charged in the city of Manchester with committing a crime against a victim that was over the age of 18 and defined their occupation as being a student.”

Our findings correlate with an Inspectorate of the Constabulary report published earlier this year, which stated that those crimes which students suffer most, according to this investigation, are those that GMP fails to tackle.

“GMP has a strong track record in dealing with serious, high level crime, such as gun offences,” said Her Majesty’s Inspector (HMI) Roger Baker, “but recognises it must improve in a number of areas including dealing with offences of burglary, violence and anti-social behaviour.” It is these crimes which are most prevalent against students.”


Baker is HMI for the Northern Forces, one of four of his high rank in the United Kingdom, and a former Chief Constable.

“The Chief Constable has acknowledged that reducing such offences together with improving the number of offences detected and improving the confidence people have in GMP to deal with crime and anti-social behaviour, are priorities for the force,” continues Baker.

“As a result a new policing model is being developed to enhance the service it delivers. This involves reviewing its response to providing assistance to the public, and its ability to meet those demands while carrying out neighbourhood policing and investigating crime.”

James Watson, a second year student at the University of Manchester, was mugged towards the end of March. His housemate had been burgled two days beforehand apparently by the same people.

“To identify [the mugger], both myself and my house mate travelled to Didsbury police station to conduct a 'Viper',” said Watson. “This is basically a black and white video of the man they had caught with nine random other blokes all in random orders.

“The camera looks at each one for about 15 seconds; five straight on, five from the right and five from the left. During this you are told to identify the one person who you think it was.”

Watson failed to identity his mugger as he was not “100 per cent sure”. His housemate had identified the criminal to the police and in speaking afterwards, their suspicions matched.

“My point is this,” continues Watson. “The Police had to follow a specific ‘bureaucratic’ set of guidelines which prevent us getting the man responsible. It’s not their fault. But during the Viper it was obvious that I thought it was [one man], though the officer could do nothing to help, apart from the standard, ‘Can you identify the individual who on the 17th March attempted to mug you?’