Protesters clashed with security forces during protests in Venezuela on Saturday after a ban on a top opposition leader from office breathed life into a fractured movement and fueled the first sustained anti-government demonstrations since 2014.

Saturday's protests extended a week of unrest sparked by last week's Supreme Court decision in which it assumed the role of the opposition-led congress. The action was quickly overturned, but the global outcry it sparked galvanized the opposition.

Security forces blocked the march in Caracas, as they did during two other protests this week, prompting violent confrontations.

Protesters lobbed rocks and petrol bombs and burned trash in the street while authorities responded with a volley of tear gas.

"The government is afraid. If it were not afraid, it would not close the streets. ... It would not disqualify Capriles," said 27-year-old lawyer Gikeissy Diaz, adding that half of her graduating class has left the country and that she is thinking of doing so, too.

Capriles, a two-time presidential candidate and current Miranda state governor, who was seen by many as the opposition's best chance in the presidential election scheduled for 2018, on Friday was banned from holding political office for 15 years.

The order from the national comptroller's office cited "administrative irregularities" including breaking contracting laws and improper management of donations, according to a copy of the ban.

Capriles on Saturday said his headquarters in Caracas had caught fire after tear gas was thrown inside.

Around the same time, around a hundred protesters broke into an office of the Supreme Court and vandalized it, throwing construction materials inside and lighting a fire, according to a Reuters witness.

Two people were reported injured by rubber bullets in San Cristobal, an opposition hotbed near the country's border with Colombia. 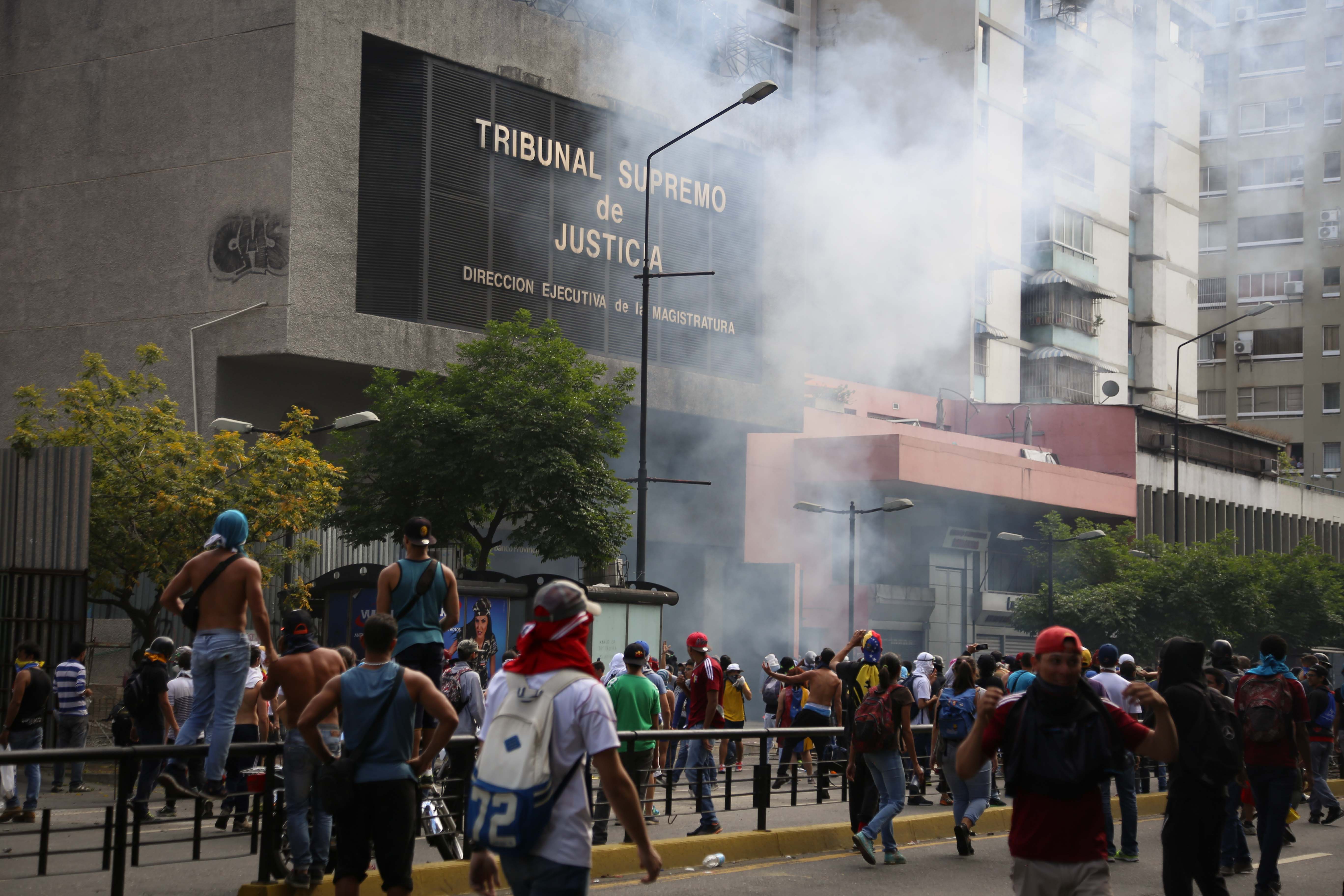 Capriles had urged a crowd of supporters in Caracas to march to the office of the state human rights ombudsman, whom the opposition says is a puppet of the government.

"The country has chosen the path of dictatorship," he said.

Government critics say Capriles' ban is arbitrary and allows the ruling Socialist Party to sideline popular politicians without due process.

After a recall referendum against Maduro was quashed last year and amid fears that next year's presidential election will not be fair, opposition supporters say they have no option but to take to the street. But after years of marching many are cynical while others are too busy trying to find food.

Venezuela has been pummeled by a brutal economic crisis that has millions skipping meals, unable to afford soaring prices for basic goods and facing long lines for scarce products.

Still, others have been motivated by the escalating political crisis and the opposition coalition is putting on a more dynamic and coordinated front than usual.

"It's been two years since I've been out on the streets," said Richard Morton, a 43-year-old electrical engineer who said shortages make it tough to import medical equipment needed in his work, as he prepared to march under Caracas' hot sun.

"I'm out today because I see people acting in solidarity and the lawmakers are backing us up more. Plus the economic situation is insufferable. No one can live here."

Oil-rich Venezuela is in the throes of what is thought to be a fourth straight year of recession, with roaring inflation and monthly wages stuck at a handful of dollars at the black market rate. 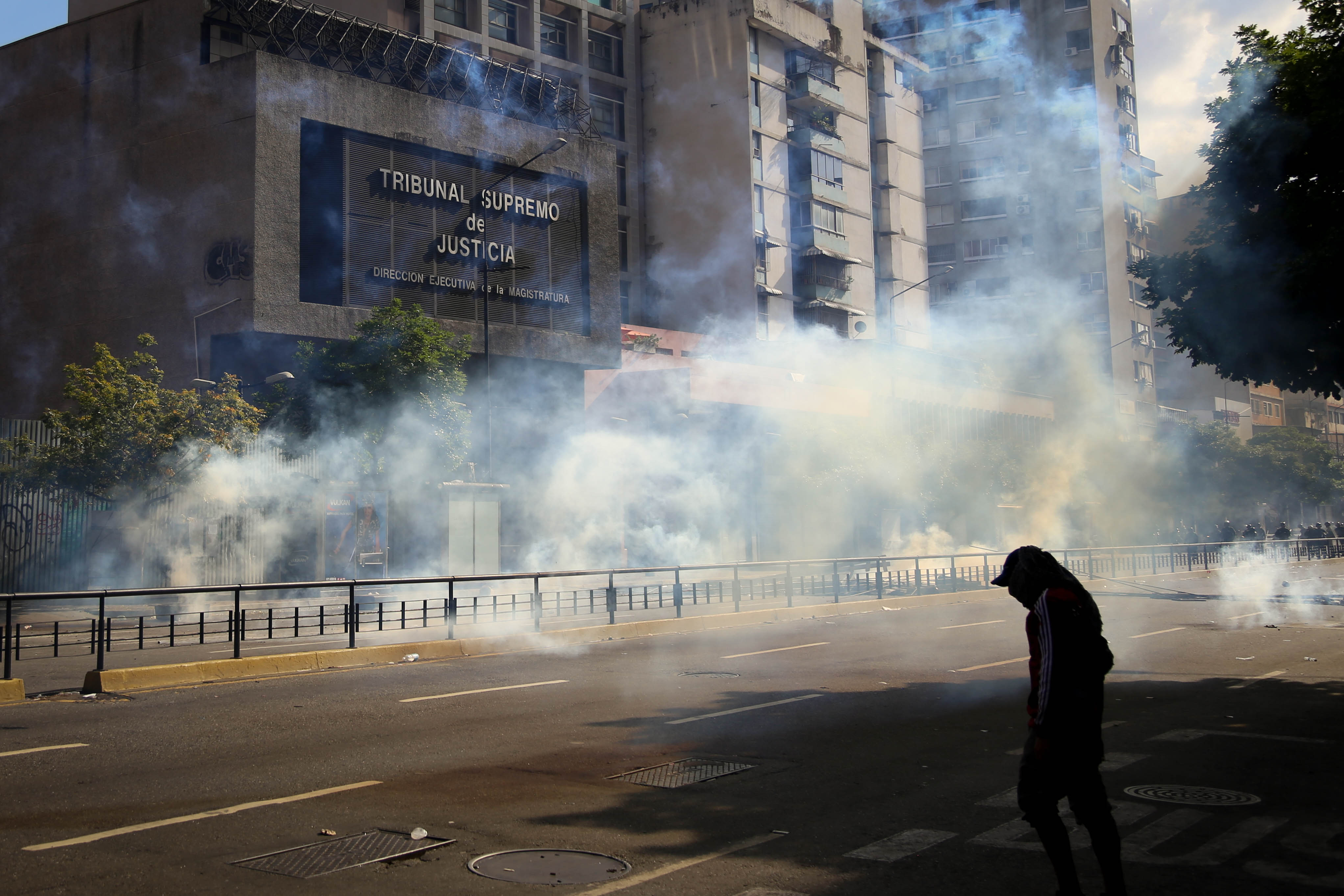 Venezuela's powerful new vice president, Tareck El Aissami, declared Saturday's march in Caracas "illegal and unconstitutional," because the opposition had not received official permission for it.

Over the last few days, authorities accused the opposition - and Capriles in particular - of fomenting violence and bloodshed by leading increasingly intense protests against Maduro.

"They're seeking a provocation, that will lead to violence," El Aissami said on Friday, adding the march could block crucial services like ambulances.

The opposition says it is security forces who are unnecessarily violent. A 19-year-old man was shot dead in violence around protests on Thursday, and a police officer has

Rights group Penal Forum says almost 100 people have been arrested during protests in the last few days. The opposition says over 100 political activists have been jailed amid a wider crackdown on dissent.

Argentina's foreign ministry said in a statement the decision would have a "negative impact" on the right of Venezuelans to choose their leaders. 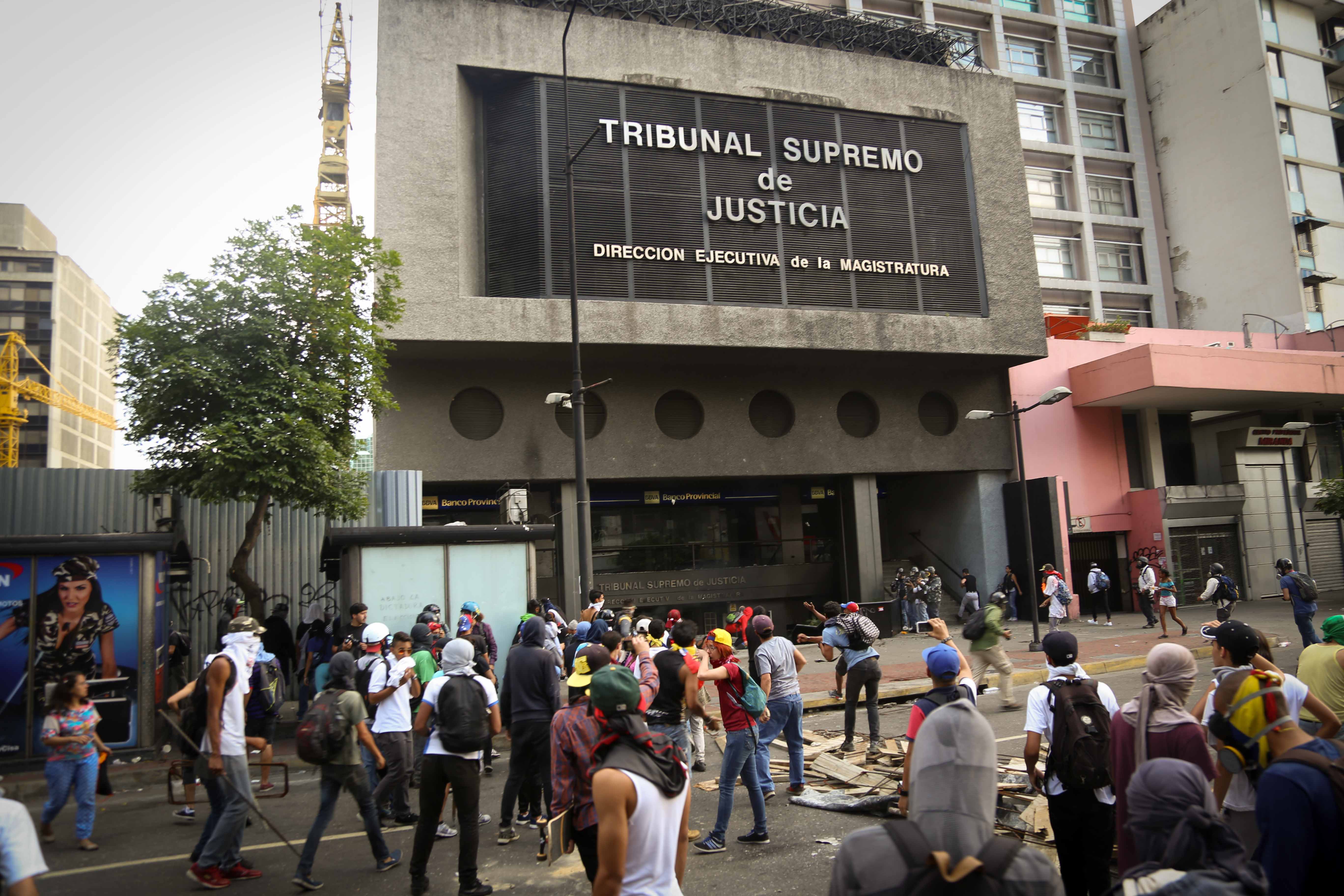