Two Venezuelan students and a National Guard sergeant died on Wednesday after being shot during protests against unpopular leftist President Nicolas Maduro, increasing turmoil in the volatile nation amid a devastating economic crisis.

Opposition supporters protested in Caracas and other cities in what they called "the mother of all marches," denouncing Maduro for eroding democracy and plunging the oil-rich economy into chaos.

Crowds swelled to hundreds of thousands, including Maduro supporters who held a counter-demonstration in the capital at the urging of the president, and clashes were reported across the country during the most sustained protests since 2014.

Maduro says that beneath a peaceful facade, the protests are little more than opposition efforts to foment a coup to end socialism in Venezuela. The opposition says he has morphed into a dictator and accuses his government of using armed civilians to spread violence and fear.

The deaths mean eight people have now been killed during protests in Venezuela this month. The opposition blames the deaths on security forces and alleged paramilitary groups. Over 400 people were arrested during protests on Wednesday, rights group Penal Forum said. 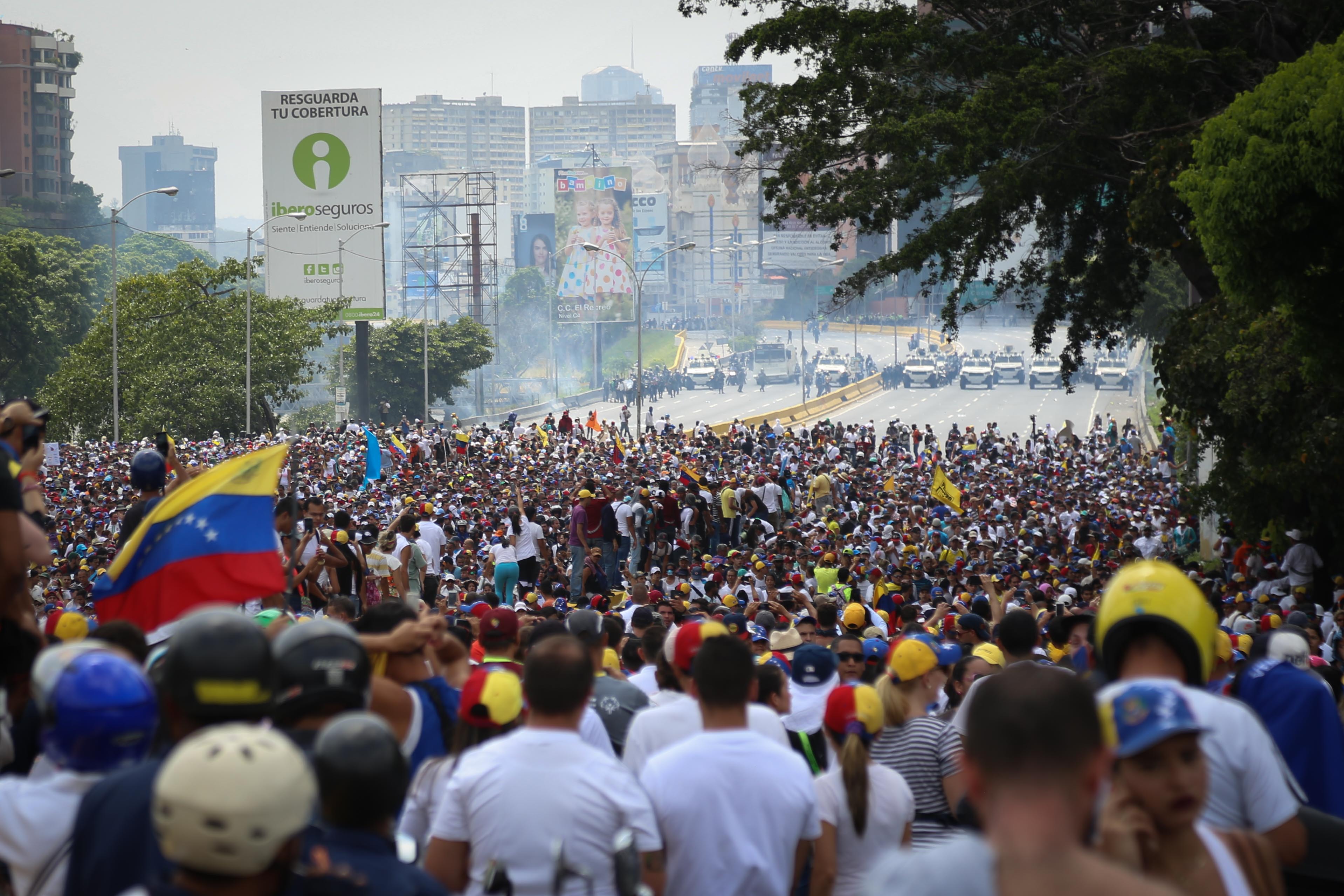 The opposition called for another protest on Thursday, raising the specter of prolonged disruption in Venezuela.

Wednesday's dueling marches drew parallels to the clashes between pro and anti-government protesters in 2002 that triggered a brief coup against late President Hugo Chavez.

Carlos Moreno, 18, a student, was leaving his home to play soccer in Caracas when armed government supporters approached a nearby opposition gathering and fired shots, according to witnesses. He was shot in the head, they said, and three security officials said he later died in a clinic after undergoing surgery.

Later on Wednesday in the opposition hotbed of San Cristobal near the Colombia border, university student Paola Ramirez died after being shot by men pursuing her and her boyfriend, according to relatives and witnesses.

"We were on a motorbike and they were following us, shooting," her boyfriend told Reuters. "I left her on a block where she was going to find her sister and I went to hide the bike. I heard shots and when I arrived she was on the ground. I tried to protect her as much as I could," he added, sobbing in front of her body.

The public prosecutor's office said it was investigating both cases.

The opposition attributed both deaths to groups known as "colectivos," armed government supporters who are frequently accused of involvement in confrontations during protests. 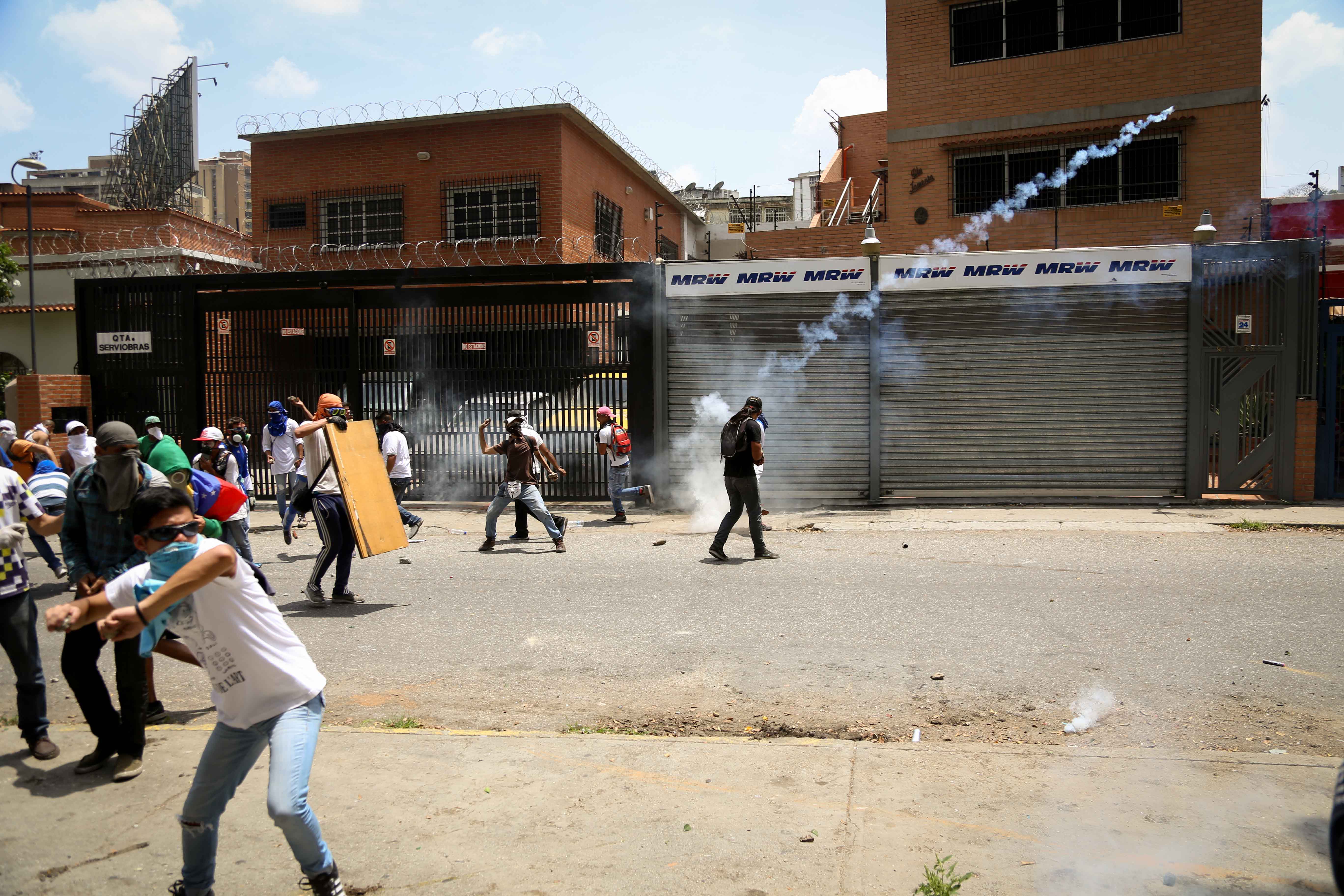 There are few clear ways of identifying colectivos, who call themselves community groups but whom the opposition accuses of being violent paramilitary wings of the ruling Socialist Party.

A National Guard sergeant was killed by a sniper during "violent protests" in Miranda state and a colonel was injured, the human rights ombudsman Tarek Saab tweeted on Wednesday night.

Waving the country's red, yellow and blue flags and shouting "No more dictatorship" and "Maduro out," demonstrators clogged a stretch of the main highway in Caracas. Troops fired tear gas in Caracas neighborhoods, San Cristobal, the depressed industrial city of Puerto Ordaz, and the arid northern city of Punto Fijo.

"We have to protest because this country is dying of hunger said Alexis Mendoza, a 53-year-old administrator marching in the Caracas neighborhood of El Paraiso. "There are a lot of people in the opposition and they are full of courage." 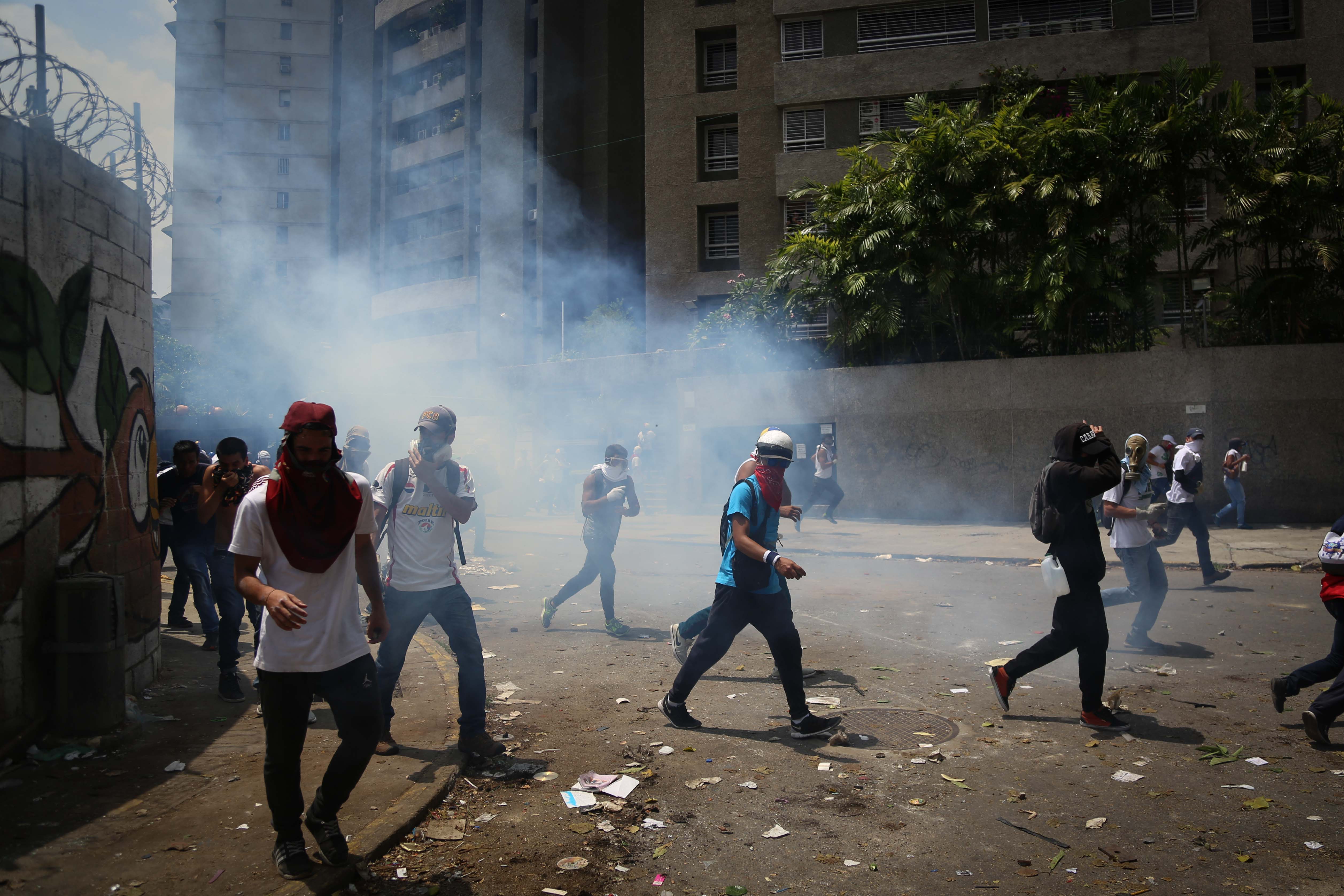 The march followed a fortnight of violent protests triggered by a Supreme Court decision in March to assume the powers of the opposition-led Congress - which it quickly reversed under international pressure.

The court's move nonetheless fueled long-simmering anger over the ruling Socialist Party's handling of the economy. The OPEC country suffers from Soviet-style shortages of food and medicines and triple-digit inflation.

The opposition is demanding early elections, the freeing of jailed politicians, humanitarian aid, and respect for the autonomy of the opposition-led legislature.

The marchers gathered at more than two dozen points around Caracas, although some were stalled by authorities closing around 20 subway stops. Protesters had hoped to converge on the office of the state ombudsman, but as in previous attempts they were blocked by the National Guard. The protests trailed off with youths throwing rocks squaring off against security forces spraying tear gas.

Maduro has charged that the opposition is trying to relive the 2002 coup against Chavez, his predecessor and mentor, by blocking roads and vandalizing public property.

On Wednesday afternoon he addressed a cheering red-shirted crowd in Caracas to declare that a "corrupt and interventionist right-wing" had been defeated. 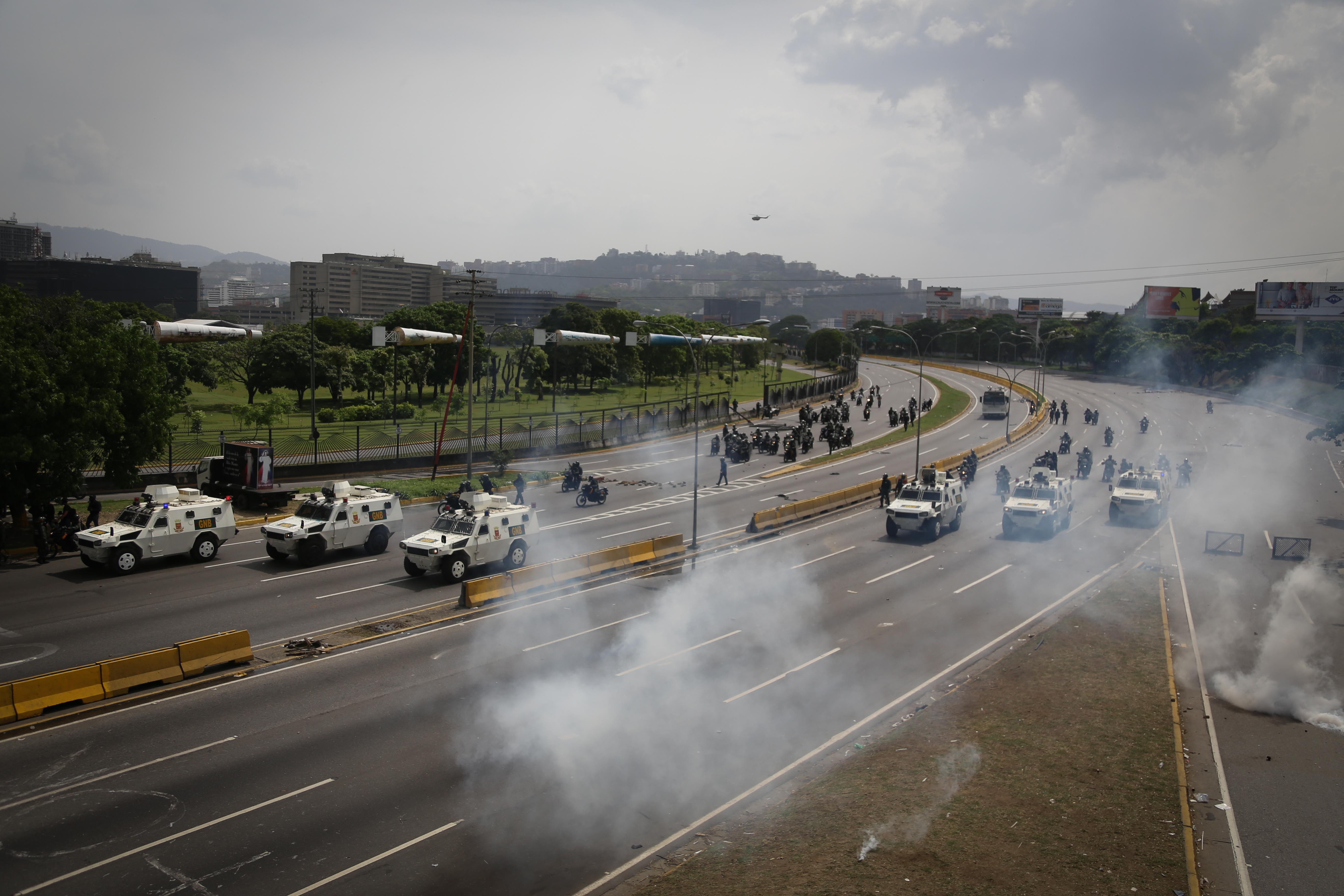 Analysts say there is less likelihood of a coup against Maduro because Chavez launched a broad purge of the armed forces following his brief ouster.

Some unhappy Venezuelans also steer clear of protests, fearful of violence, cynical that marches can bring about change, or too busy looking for food amid the recession.

Venezuela benefited for years from oil-fueled consumption and many poor citizens rose into the middle class. But the 2014 collapse in oil prices left the government unable to maintain a complex system of subsidies and price controls. Snaking grocery lines are now a common sight and people routinely say they skip meals and cannot find basic medication.

Further spurring outrage was a decision by the national comptroller's office earlier this month to disqualify opposition politician Capriles from holding office for 15 years, dashing his hopes for the presidency.

The elections council, which is sympathetic to the government, has delayed votes for state governors that were supposed to take place last year.

Demonstrators also gathered on Wednesday in the eastern city of Puerto Ordaz, home to Venezuela's struggling state-run mining companies, and the oil city of Maracaibo.

"I've just graduated ... and what I've got in the bank isn't enough for a bottle of cooking oil," said Gregorio Mendoza, a 23-year-old engineer in Puerto Ordaz. "We're poorer every day."