Millions in Venezuela suffer food and medicine shortages and the absurd ramifications of living in the world’s most distorted economy. I have watched people fighting for hours at supermarkets over a bag of pasta, screaming, “We want food.” I’ve crossed the Colombian border with engineers as they smuggle petrol or toothpaste to make far more money than they’d earn in their profession. I’ve watched people grow thin in my six years based in Venezuela as a foreign correspondent.

The country’s once-lauded bolivar currency has collapsed by well over 99 percent against the dollar since President Nicolas Maduro came to power in April 2013. That means what $1,000 worth of local currency bought then would now be worth just over 50 cents. To put this in context, most Venezuelans earn the equivalent of around $5 a month.

The fundamental problem is the currency controls brought in a decade and a half ago in order to curb capital flight. The government pegged the bolivar to the U.S. dollar at a rate that became less and less realistic over time, spurring a black market in which Venezuelans now need almost 45,000 bolivars to buy $1 - though the government insists still that at its strongest rate, just 10 bolivars can buy a greenback.

Three years ago, I decided to cut through some of the opacity behind Venezuela’s mind-boggling crisis—and also plug inefficiencies in the way news outlets and financial analysts obtain, parse, and publish data.

Initially, I just wanted to graph the various exchange rates over time, to show the ludicrous collapse and the incredible spreads between them - the root of distortions, shortages, and corruption.  That data is held in various spreadsheets on the websites of the central bank and the leading black market indicator, DolarToday. It is anything but clean, so I wrote code in PHP with a mySQL database—a popular combination for web development I learned as a teenager —in order to clean it up, put it into my own databases, and display it on the web.

I created a website to post the graphs in early 2015, and kept my server scraping for a few months, while I worked on more traditional journalism. 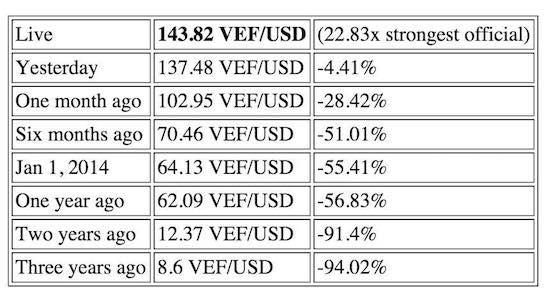 Over months, the number of visits to my web site ticked up to a few hundred per day, without any promotion beyond a few tweets. I was surprised to receive emails every few days thanking me for the work and offering suggestions. Unlike in more stable economies, Venezuelans are glued to their exchange rates, reserves, and money supply, which can fluctuate more in a day than other countries’ do in a decade. 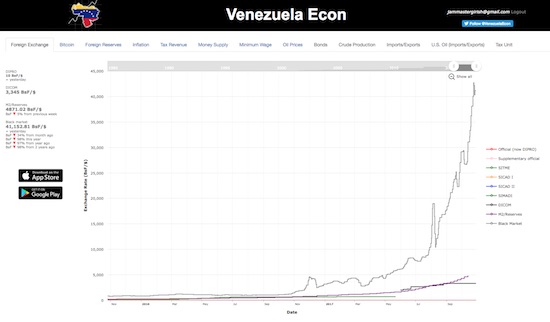 Encouraged by the positive responses, in January 2016 I decided to create an app to complement the web site. I partly just wanted an excuse to learn Swift, the Apple-developed language for use in lieu of Objective-C.

Building up the iOS app alone was somewhat isolating as Venezuela does not have a large tech community. Thankfully, Google, Stackoverflow and websites like Codementor, which pairs you up with a more experienced developer, helped overcome that void. I had very helpful one-on-one sessions with developers from San Francisco to Belgrade. 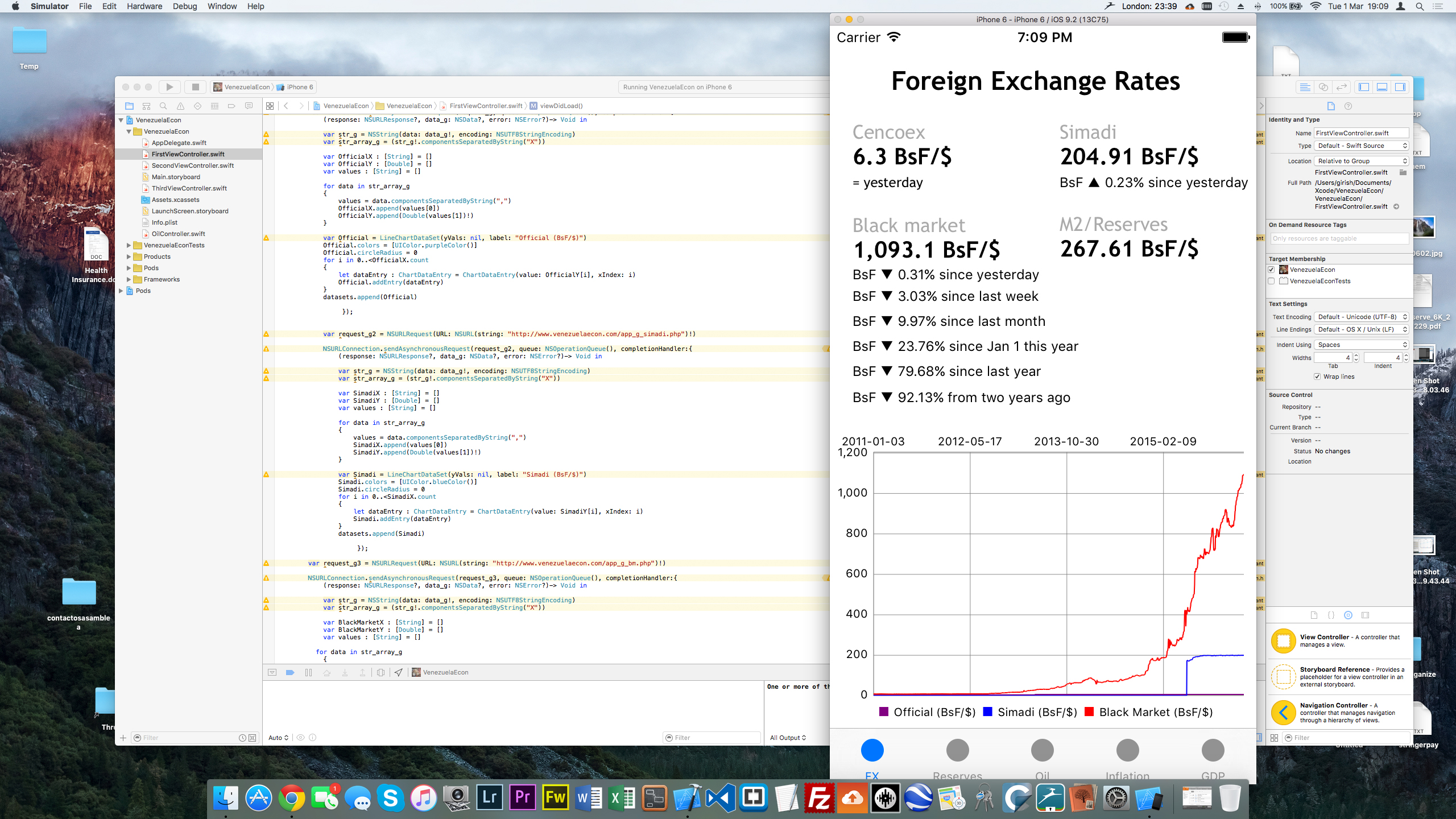 I launched the iOS app in May 2016 and was amazed by the response. I was expecting a couple of dozen downloads from friends, but nearly 200 people got it on the first day. I put out a more substantial second version a few months later, making major backend code improvements and adding more indicators.

Given Venezuelans have become so poor, Apple devices are rare and many asked for an Android version. I did not want to port the app— that is, use a machine to “translate” it from one language to another, which is somewhat analogous to using Google Translate—but I was reluctant to invest time in learning Java.

Yet I did and it paid off. I had the Android app up and running by late 2016, and users did indeed rocket. 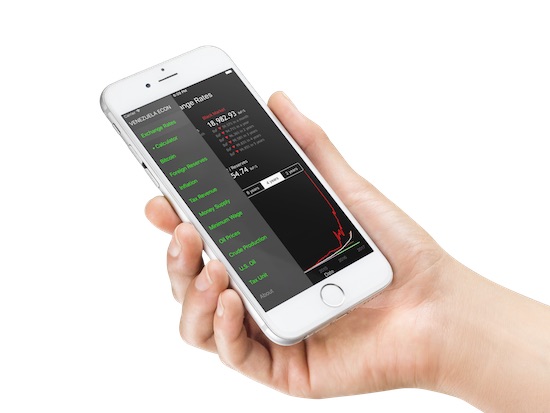 Now, Venezuela Econ has some 13,000 users across the web, iOS, Android, and Twitter. They receive live updates on more than 20 indicators, some of those invaluable to traders and others shocking for Venezuelans who struggle earning in the local currency. Users also have access to a calculator to make sense of Venezuela’s various exchange rates, and graphics that bring home the gross disparities between them.

Having the data in a clean format and in one place opens the door to many other uses. Stories are being written automatically and the data can be plugged into more sophisticated algorithms.

I’m now turning the project into a full-fledged startup. My business model is essentially to charge small amounts for frontend access across all platforms, and larger amounts to institutions wanting to use the raw data (API) for their own apps and websites or algorithmic trading. This ensures that the project is sustainable in the long-run. I have also been meeting with potential investors and customers, with an eye towards expanding to other economies and sectors.


Girish Gupta is an investigative and multimedia journalist based in Venezuela as a Reuters correspondent. He has worked across Latin America, the Middle East, and the United States in text, photos, television, and radio for some 40 news outlets including the New Yorker and New York Times. He is currently on his way to Afghanistan.