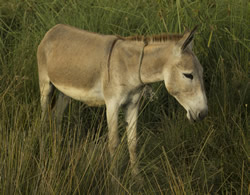 Tierra Baja, Cartagena, Colombia—Farmers on the outskirts of a pretty Colombian coastal town are supplementing their income by allowing locals to have sex with donkeys. Locals claim it is a harmless tradition.

In one farm-cum-donkey-brothel in Tierra Baja, on the outskirts of Cartagena, Carlos, 25, explained how normal the practice was and that he and his friends regularly sleep with donkeys.

“It’s part of our development,” the painter-decorator said, speaking in a field where locals in the town with a population of just 1,000 regularly sleep with the animals. “I first did it when I was 13 and do it pretty much every week, like most of my friends.”

Rather than a fetish that has got out of hand, the tradition can trace its history back generations and even appears in the literature of renowned Colombian writer and Nobel-prize winner Gabriel García Márquez.

Condoms are discouraged as they may irritate the donkeys which not used to latex. Carlos insists that the donkeys are healthy and there is no need for protection.

“When we’re younger, we often had to use a box to stand on so we could reach,” he adds, describing in depth how the act took place standing up rather than on top of the animal in the privacy of an open field backing onto the dusty streets of the coastal town.

Cartagena is a beautiful colonial town on Colombia's coast, home to many English backpackers keen to learn Spanish and swim in its turquoise Caribbean waters.

There is no shame seen in the act by those on its outskirts, with not one person raising a wry smile or questioning the reporter’s sanity during the investigation. The farmer selling sex with his donkeys laughed off criticism.

Activists at the RSPCA were horrified: "The RSPCA firmly believes that animals should be treated with respect and dignity and that bestiality is the ultimate desecration of the relationship between humans and animals.

"The society is opposed to the infliction of pain, suffering and distress or the killing of any animal in the name of entertainment.”