Lag in a bag 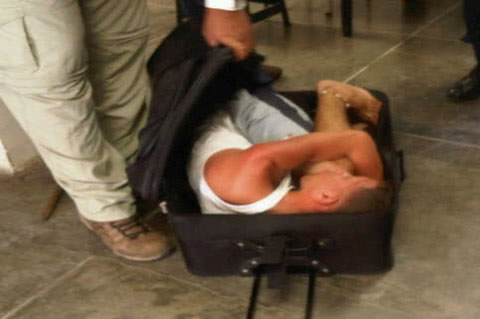 AN inmate bent on escape is found curled up in a luggage bag by a prison guard.

Convicted killer Gavinson Garcia, who is just 5ft 3ins, folded himself in a zipped suitcase — brought in by his visiting girlfriend.

They thought she would only face the customary search on arrival at Yare II jail in Caracas, Venezuela.

But staff saw her struggling to drag the wheeled bag near the exit.

They checked it and found Garcia twisted inside with his head between his knees.

Cops are treating it as an open-and-shut case.