On the ousting of Bogotá's mayor
Photo: Girish Gupta

On the ousting of Bogotá's mayor 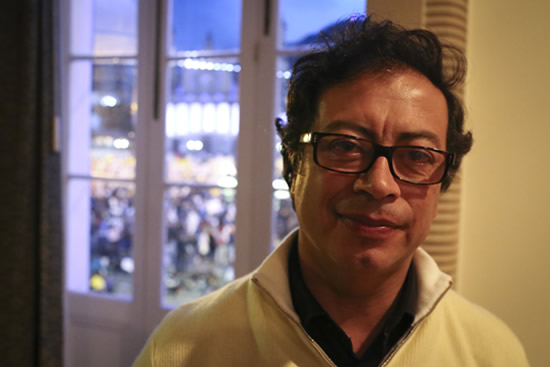 For three nights last week, the main square in Colombia’s capital Bogotá was filled with tens of thousands of people. They were there to support Gustavo Petro, the city’s 53-year-old leftist mayor who early in the week was deposed by the country’s inspector general.

The reason? He failed to properly run the city’s trash collection after taking the work out of private hands. Garbage piled up on Bogotá’s streets for days this time last year. But the punishment, which also will see Petro unable to stand for public office for 15 years essentially ending his presidential hopes and political career, doesn’t seem to fit the crime.

The inspector general, Alejandro Ordóñez, handed down that punishment. While Petro is a former guerilla and symbol of the country’s left, Ordóñez holds a similar position for the country’s conservative right. He opposes gay marriage and is close to former President Álvaro Uribe and therefore the right-wing parapolitics that Petro so despises and fought hard against.

While Petro is not necessarily popular as a mayor, he has managed to gain support from those who believe an injustice has been done. Indeed, some of those protesting at the square were no fans of the mayor himself but told me that Colombia needs to change. 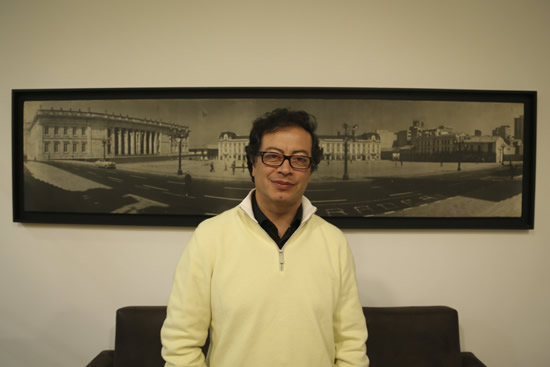 That is the rhetoric that Petro has used to galvanize support. The day he was deposed, he told the assembled tens of thousands that he wanted a Colombian Spring and that the square outside his Palacio Liévano was their equivalent of Tahrir in Cairo.

I met with Petro in his office at the mayoral palace just before he made his speech to those gathered in the square on Friday.

“I want to attract people who want democracy,” he told me, sat behind his desk in a grand office. “There is no peace without democracy.”

He continued to say that the inspector general was robbing him of his political rights. “This is a coup,” he said. “Ordóñez is a vehicle for the extreme right in Colombia.”

Ordóñez’s supporters here say that he is simply doing his job and this has nothing to do with politics.

“Petro is trying to convince Colombians that this is a political issue but it’s a legal issue,” Conservative congressman Miguel Gomez told me. 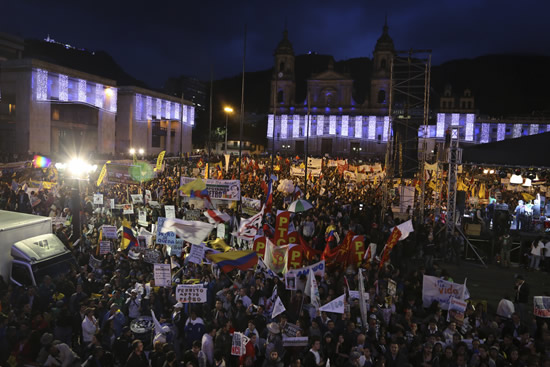 But even Gomez conceded that the punishment is a little tough.

Colombia is no longer the battleground for drug cartels, left wing guerrillas and paramilitary groups it was once infamous for. Peace talks are currently taking place in Cuba between the government of President Juan Manuel Santos and the FARC. Petro believes this move by Ordóñez is a message to the leftist guerillas that though they may one day come into politics here, they will not be allowed to bring with them any of the political ideas.

“This,” Jorge Restrepo, Director of the Bogotá-based Resource Center for Conflict Analysis, told me, “is a strong message when you are negotiating with former marxist and communist guerrillas,”

Petro is able to appeal the ruling and a few days ago visited Washington DC to speak to members of the Inter-American Commission for Human Rights. If he is successful, this event could propel him into even higher political office. He stood for the presidency in 2010 and was widely expected to do so again in 2018, though he told me that seemed a long way away now.

“This is the ironic part of it,” added Restrepo. “Petro is very unpopular and ineffective but political power does not come through his actions as a mayor, but through him being a political symbol.”

Petro has asked supporters to take a break for Christmas and they will be back on the streets of Bogotá on January 10th.

For World Report, this is Girish Gupta in Bogotá, Colombia 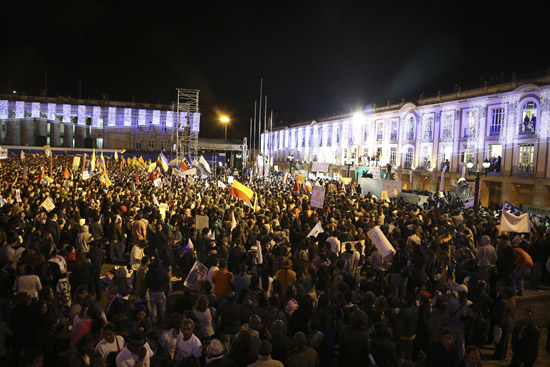