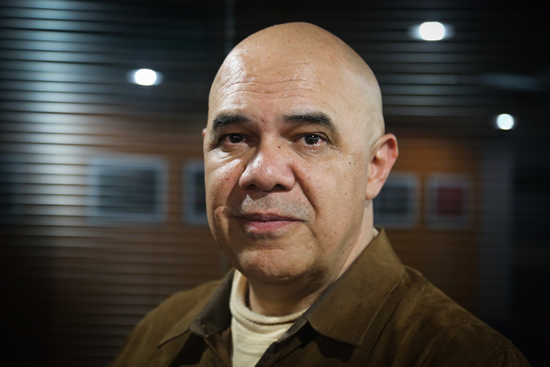 In October 1958, the heads of the major political parties in Venezuela met at Punto Fijo, the Caracas home of former president Rafael Caldera. At the summit the political brokers agreed to share power between themselves—no matter who actually won future elections. For the next 40 years, Venezuela was essentially governed by a pair of conservative parties in what became called the puntofijismo. The left was sidelined and the poor largely ignored. The country, though, was prosperous and stable—up to a point.

Hugo Chávez came on the scene soon after the economy fell apart, partly thanks to a prolonged slump in oil prices that took a serious toll on Venezuela, a major crude producer. He campaigned for the presidency in the late 1990s, promising to end the puntofijismo and give a voice to the poor. “I am a product of history,” Chávez liked to say. He tirelessly toured the country’s less wealthy areas and went on to win the 1998 election in a landslide, redefining Venezuelan politics.

A decade and a half later, however, Chávez is dead and his successor Nicolás Maduro’s popularity is waning. One recent poll put Maduro’s approval ratings in the thirties, thanks in part to Venezuela’s annual inflation of more than 60%, shortages of the most basic consumer products and one of the world’s highest murder rates.

Yet, despite the widespread discontent, the country’s opposition still struggles to gain ground, limited in part by its perceived links to a failed old guard. Enter Jesús Torrealba, affectionately known as Chuo, a new executive-secretary of the Mesa de la Unidad Democrática (MUD, Democratic Unity Roundtable), the umbrella group which represents political parties opposed to the government. Torrealba was chosen in part because he is able to engage with the country’s poor—something the elite members of the anti-Chávez opposition have repeatedly failed to do. “I’m from the barrio,” he told TIME, adding that he has seen the failures of the socialist government first hand. “Those of us who were poor have stayed poor; those in the middle classes have become poor.” His job is to direct the disparate opposition and help pick the eventual presidential candidate that will take on Maduro in the coming years.

Torrealba is a former Communist Party member, community leader and a presenter of the TV show “Radar of the Barrios,” a program where h gave the poor a chance to voice their anger. He is aiming to attract people like bread vendor Ernesto López, who wears a Chávez t-shirt in the Caracas slum of 23 de enero. López demonstrates the long odds Torrealba will face—there is little chance the 60-year-old will vote for the opposition, even though López, like many in his neighborhood, isn’t happy with Maduro’s performance. “At least we don’t have the dictatorship of puntofijismo,” López said. “They wanted to rob Venezuela’s riches for themselves and we don’t want to return to that.”

Torrealba insists he does not want to go back in time to the days of conservative rule. “A return to the past is neither desirable nor possible,” he said. Torrealba is hoping to make electoral headway for the Venezuelan opposition in National Assembly elections late next year. A good showing in that vote would pressure the government and bolster a potential recall referendum against Maduro in 2016. If not, the opposition would have to wait until 2019 for the next presidential election. “It’s embarrassing that in 21st century Venezuela, we’re debating communism versus capitalism, as if the Berlin Wall hadn’t fallen, as if the Soviet Union hadn’t gone through perestroika,” said Torrealba.

Torrealba, 56, was born in Catia, a poor sector in the west of Caracas. He worked as a journalist and teacher as well in activism and, in line with his working class credentials, is more gruff in dress and character than many of his colleagues in the MUD. He wants to take advantage of Venezuela’s natural resources, including the world’s largest oil reserves. Chávez hoped to channel oil wealth to the poor by launching welfare programs—however, critics say much of the money was largely squandered through inefficiency, incompetence and corruption. “We should be looking to construct a Venezuela that has a quality of life similar to the Nordic countries, though with a Caribbean twist,” he said, giving a nod to prosperous Norway, which avoided the “oil curse”—where countries with bountiful natural resources tend to underperform economically—that has befallen so many oil-rich nations.

Henrique Capriles, who twice lost presidential elections against Chávez and Maduro over the last two years, understood that he had to shed his wealthy image in order to attract those who were disaffected by Chávez and Maduro. Despite his family’s wealth, on the campaign trail Capriles would wear a tracksuit, ride into the country’s slums on his motorbike and play basketball with the locals. “I’m not the candidate of the old establishment,” he told TIME in February 2012, before winning opposition primaries. He lost to Maduro by less than a quarter of a million votes in April last year. He still considers himself the opposition’s leader and may well go on to be the MUD’s presidential candidate again.

But Torrealba will have his work cut out. Silvana Lezama, 20 years old and studying communications at the leafy Monteávila University in Caracas, took part in anti-government protests earlier this year, but isn’t impressed by the opposition’s new leader. “We need a leader that motivates us and I don’t feel motivated at all by Torrealba,” she said. Luis Vicente León, a local political analyst, added: “It’s a tough challenge but Torrealba is capable.” Few protesters were interested in the MUD-led opposition that was personified by characters like Capriles and López. They just wanted a change, with little notion of how it would come about. Torrealba must tap into both the energy of protesters and the disaffected poor—and convince them that the days of puntofijismo are long gone.