Guyana President Donald Ramotar's decision to suspend parliament to avoid a no-confidence motion against him has plunged the small former British colony into political crisis, as foes decry the president as a dictator.

Opposition parties, which have a small legislative majority, last week demanded a no-confidence vote to protest spending of some $22.5 million without parliamentary approval on items ranging from school stipends to an airport expansion project.

That followed years of complaints that the government has refused to provide details on millions of dollars in spending on infrastructure projects.

Ramotar called the no-confidence vote a power-grab and took the rare constitutional measure of "proroguing" Parliament, leaving the 65-member body suspended but not dissolved.

He could be forced to call elections a year before the next scheduled vote in 2015.

"What I have done is given democracy a better opportunity to breathe," Ramotar said in an interview in his Georgetown office. "It opens the door for us to talk." The president criticized the opposition for slowing the implementation of government policy.

"They see their own narrow political agenda as more important to them than the national agenda, the development of the country," he said.

Perched on the shoulder of Latin America, Guyana has a population of only 740,000 people. Much of the country is covered in dense jungle, the site of some both legal and clandestine gold, diamond and bauxite mining.

It also produces sugar and timber. Since gaining independence in 1966, Guyana has struggled with ethnic tensions between Guyanese of Indian and African descent

Black Guyanese complain of being marginalized by Indo-Guyanese, the country's single-largest ethnic group, an accusation the latter group denies.

Though Guyanese of different races generally maintain harmonious relations, each has fallen victim to the other during instances of racially motivated violence - which has left painful memories and underlying tensions.

The ruling People's Progressive Party/Civic (PPP/C), dominated by Indo-Guyanese, has governed since 1992. 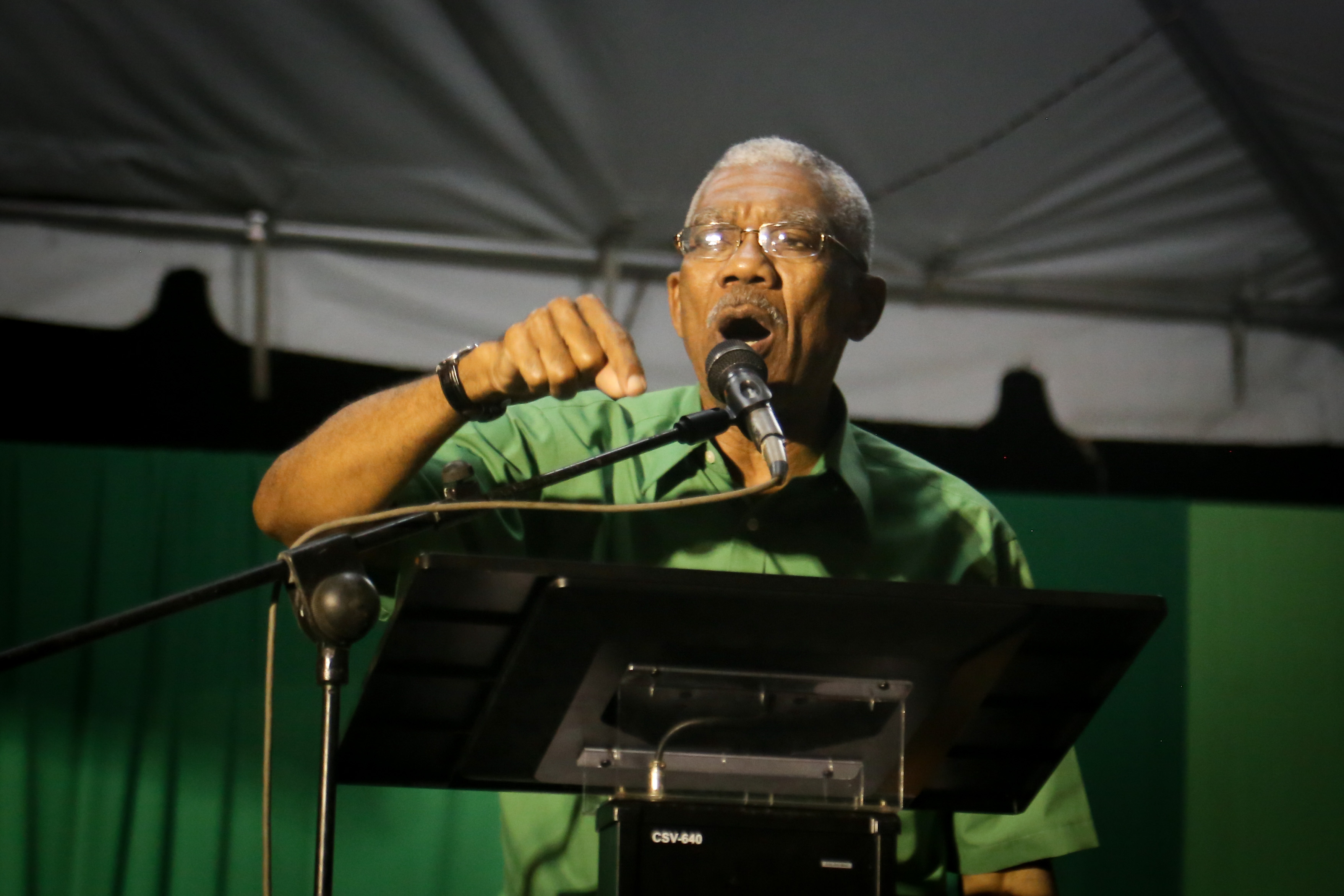 African-descended Guyanese are largely represented by a group of small parties united under an alliance called A Partnership for National Unity (APNU).

A third political party, the Alliance for Change (AFC), formed in 2005 to bridge the differences between the country's two main ethnic groups. "This is a very frightened government," said Moses Nagamootoo, an AFC leader who defected from the PPP/C in 2011 Nagamootoo and led the call for the no-confidence vote.

"They are using short-term opportunistic measures to avoid going to the polls."

The opposition's leader, former soldier David Granger, on Friday led an evening rally in Georgetown's Square of the Revolution, which honors an African slave called Cuffy whose 1763 rebellion against Dutch rule made him a national hero.

Government supporters insisted the president had done nothing wrong.

"I don't see any dictatorship," Raheem Sanad, a clothing vendor. "They have done what's in the constitution. They didn't go beyond."

Wilford Henry, a gold and diamond miner in the country's interior, was not impressed with Ramotar's decision.

"Our democratic rights was thrown in the gutter," he said. "The parliament is there to air our views, whether right or wrong, happy or sad." 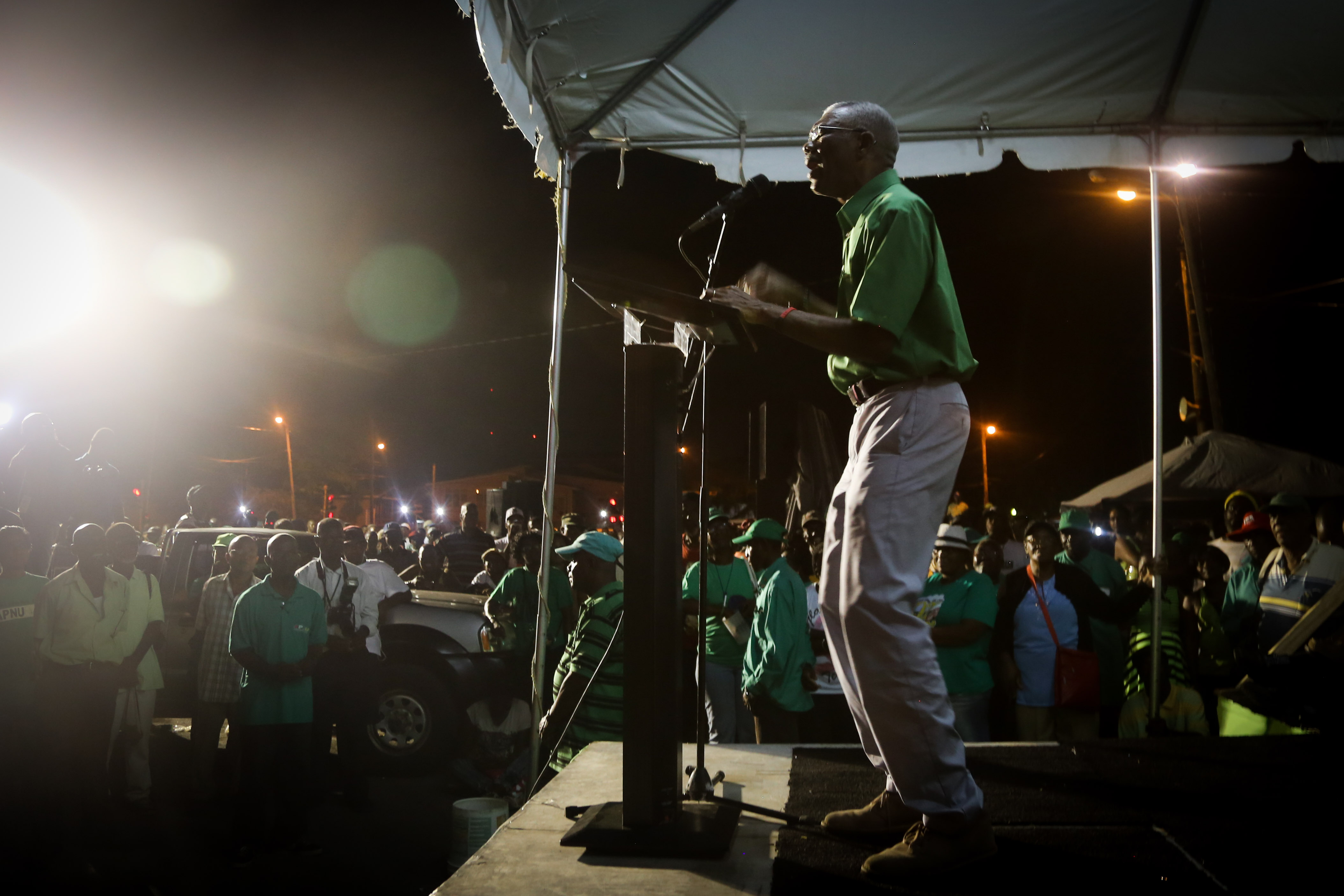