As the sun rises over the Demerara River, a half dozen men gather on its west bank, tightly gripping small wooden cages.

Complementing the scenic beauty of the nearby palms and sugar cane fields, male finches chirp melodiously from within their coops, affixed two-to-a-post hammered into the marshy ground.

"Everybody be out here to exercise the bird, and sometimes we have a race," said fisherman Eric Takchand, a participant in the centuries-old Guyanese tradition.

"We feed them, walk them, exercise them. They love that," said Takchand, 54, who has been caring for chestnut-bellied seed finches, locally known as "towa towa", since he was a boy.

In competitions called "races", the winner is the first bird to chirp 50 times. This takes just a few minutes, with bets ranging from token amounts to thousands of dollars.

The men-only custom transcends social and racial divides in the former British colony on the shoulder of South America between Brazil, Venezuela and Suriname.

For more than a half century, the country has been held back by ethnic and political tensions, primarily between descendants of African slaves and those of indentured Indian servants, in a hangover from European colonial rule.

"All backgrounds and religions come together, all because of one bird," said naturalist Gajendra Nauth Narine, a local celebrity known as "Andy" at his home across the river in Georgetown.

"The chestnut-bellied seed finch is one of the top songbirds in the world," he explained, as macaws and parakeets squawked in the background.

Takchand is proud of having raised his birds, which he purchased in the country's Amazon basin interior.

Some birdmen catch their own in the jungles of Guyana.

The practice, believed to have been brought over by indentured workers in the early 19th century, has also found its way to the sizable Guyanese community in New York. There, in Richmond Hill, Queens, finches are often found "racing" and exercising in Smokey Oval Park.

Birds from back home are prized among Guyanese in the United States and authorities occasionally catch people trying to smuggle them in through John F. Kennedy airport.

Back on the banks of the Demerara, Takchand and fellow birdman Ryan Boodho watch as their birds sing.

"This bird has become my best friend," said Boodho, 34, an electronics importer. "I was offered lots of cash for this bird but I have never sold it." 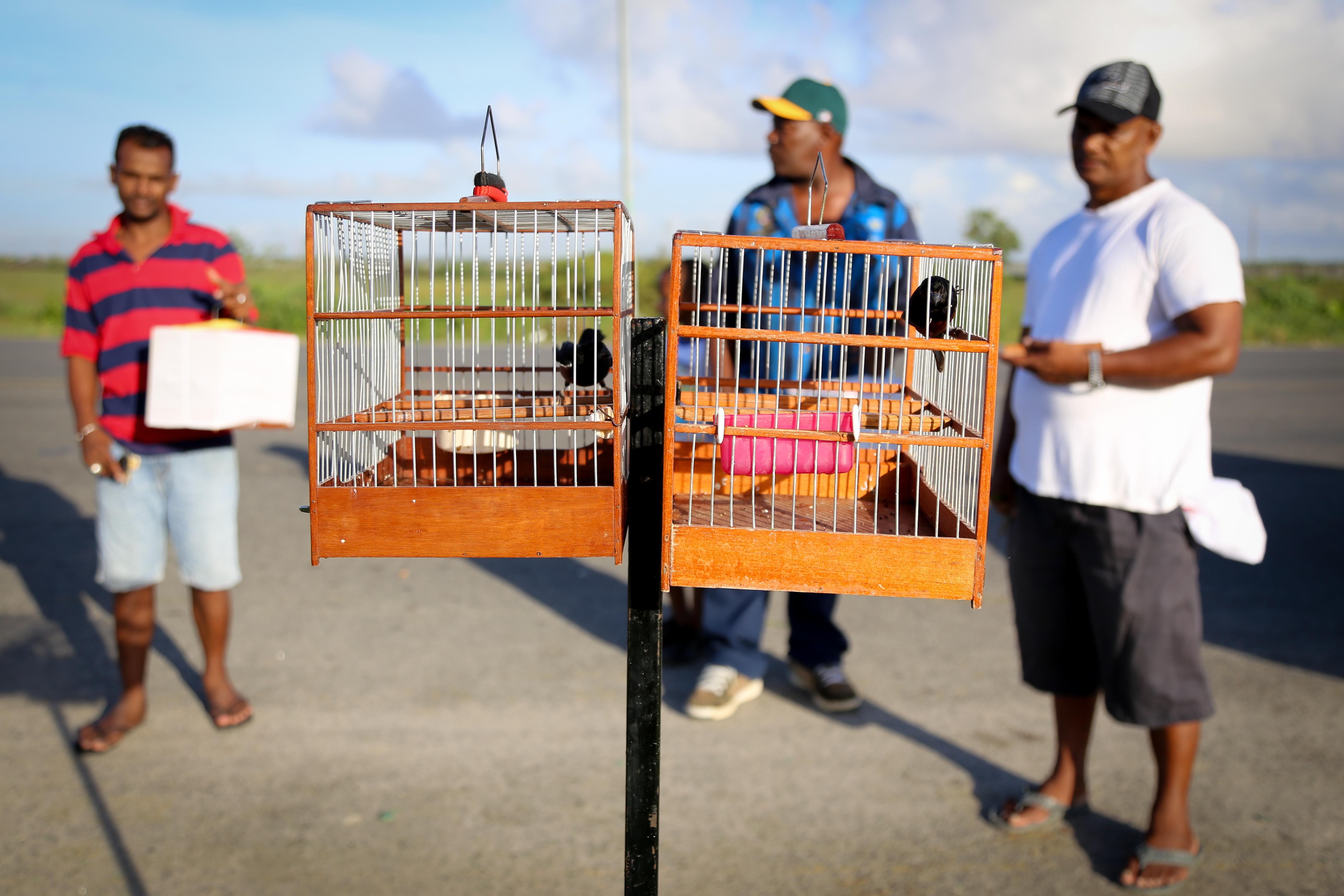