As he patiently waits to buy his breakfast, policeman Álvaro Blanco is unaware that he is just moments from death.

These shocking images reveal the execution of the 49-year-old in a bakery by a teenager who then stole his gun.

The CCTV footage of the killing reveals the brutal reality of life in Venezuela, where police officers are now being murdered at a rate of more than one per day.

The policeman, and married father-of-two, is seen entering the bakery, and chatting to staff behind the counter as he places his order and other customers mill around.

Suddenly, the teenager - wearing a hoodie and carrying a backpack - enters the shop as he calmly pulls out his gun and fires one shot into the back of the Blanco's head from close range.

As panicked onlookers run for their lives, the teen then swiftly removes the policeman's 9mm Glock pistol from his holster and flees.

The execution took place on January 10 in the town of Tacata, approximately one hour south of the country's capital, Caracas.

Local media reported that the shooter and an accomplice were later killed after a shootout with police. 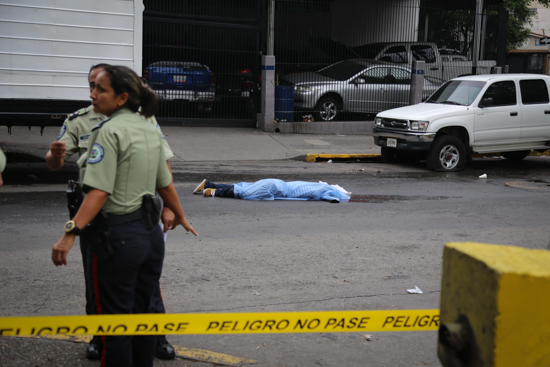 MailOnline spent a night on patrol with brave police in the notorious Petare, one of the world's most dangerous slums, who told us of the fears they face every day when they go to work.

'The fashion now is to kill police officers for our weapons,' said Manuel Ángel, a 43-year old with a wife and 10-year-old son who has worked as a cop for 19 years. 'I've seen officers killed. They are my partners, my friends.'

Policing Caracas' slums is one of the world's most dangerous jobs - and also one of its lowest paid.

The cops earn under the equivalent of less than twenty pounds a month, thanks to the country's tanking economy.

As he drives through Petare, on the edge of Caracas, Ángel says his nervous wife begs him every day to quit his job.

But he says: 'This is the profession I chose and I have to do it with pride.'

Venezuela has become one of the world's most deadly countries. 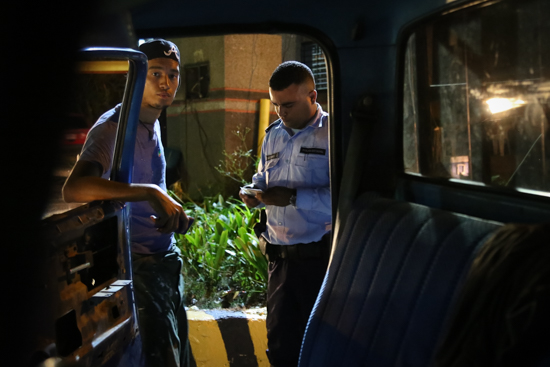 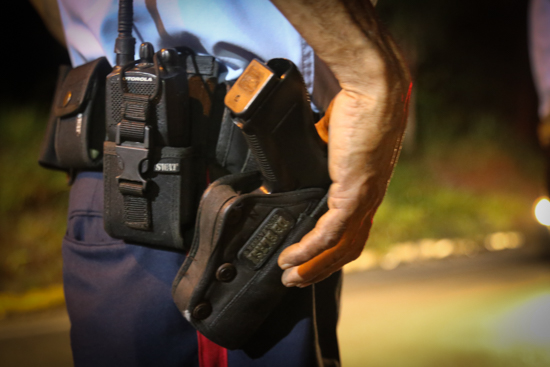 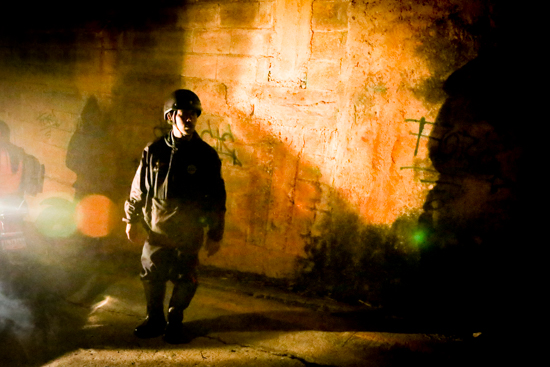 The government does not regularly give crime figures but local NGOs, such as the Venezuelan Violence Observatory, say the country has the world's second highest murder rate, after Honduras.

'Practically every kid here above the age of 13 wants a gun,' said Ángel. 'They love to kill people. This is the culture. To be a thug is what they aim to be.'

The dirt streets of Petare, covered in mounds of trash spilling across into rickety houses, are packed with people drinking, taking drugs and fighting. Music blares from giant speakers facing the streets.

The people have little to do with their lives. Few have hopes or aspirations beyond a life of crime. For just a couple of hundred pounds, they can buy a gun like those that are standard issue for the cops here. Many do when they are just entering their teens.

Drunk drivers wind through the streets and through police checkpoints. The cops chase them and often find weapons, drugs. But the problem is so huge that, ultimately, they have no hope of cleaning up the streets, especially with such little equipment, training or personnel.

And worryingly, the criminals are much better armed than the police.
'We only have pistols to fight these organized gangs,' said the cop after frisking a group who were known to the police for firing across the slum at rival groups in an effort to control drug turf.

'They have rifles, machine guns, grenades, weapons of war. And we just have this pistol!' 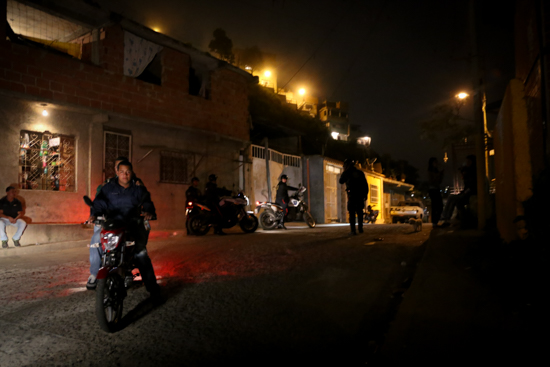 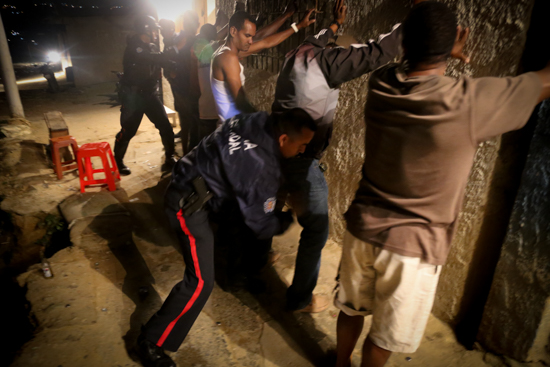 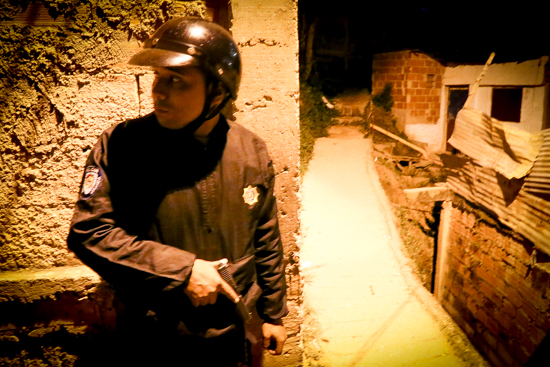 On patrol through the dangerous slums, Ángel and his colleague race through the dirt streets as they hear of shots fired at their colleagues.

When they arrive, no one has been injured and the culprits have fled. The police chase them up steep, shoddy steps but are soon lost in the maze of houses that guard the hillside.

Later that night, four people are found dead by Ángel and his team.

Fellow officer José Albornóz is 30-years-old and has been in the police for 12 years. Around a decade ago, he was shot in the left leg.

'I feel like I'm a soldier at war,' said Albornóz, driving through Petare.
'I've got to always be alert. I never know when they're going to fire. Every time I put my uniform on, I know I'm in danger'

Albornóz has a wife and two daughters, aged 11 and 6. He also has two younger brothers that serve in the police.

And to top it all, their mum works as a nurse in the A&E department of the hospital where all the Petare crime victims - and sometimes police - end up.
He says: 'My mum has seen everything. She's so worried.' 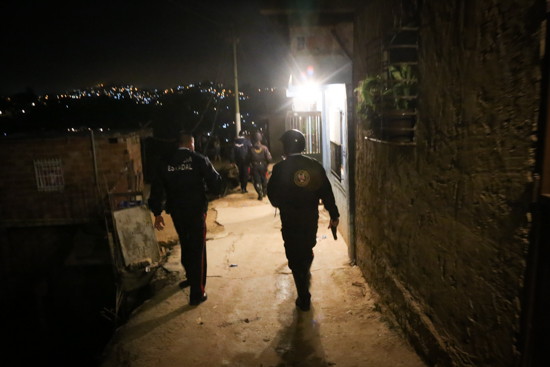 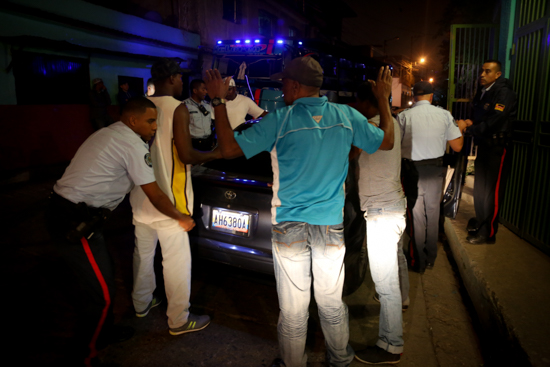 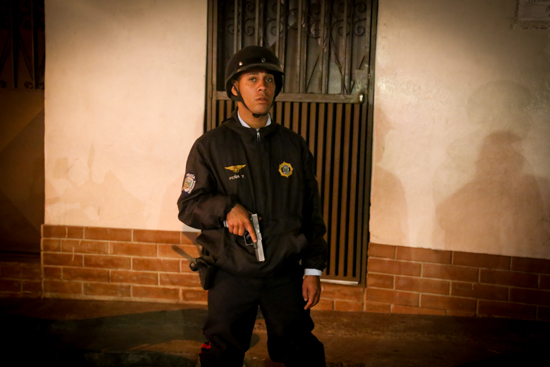 A local rights group, Fundepro, says 338 policeman were killed in 2014, 18% up from the previous year. This year looks to be even more deadly.

The video of Blanco's death is on many of the cops' mobile phones, a constant reminder of the dangers they face on every shift.

Blanco was an officer for the police in Miranda, a state of just under three million people, located south of Caracas.

In the first 19 days of this year, 11 members of Miranda's police force were killed for their weapons - with three of them, including Blanco, gunned down in just 12 hours.

Nationwide, 20 personnel were killed in the same period.

Elisio Guzmán Cedeño, director of Miranda's police force, said: 'Where's it easiest to find a weapon? In the hands of a police officer. Those weapons will then be used to commit further murders.'

One of the major problems is a weak justice system. Of those apprehended by Miranda's police force last year, 61% were allowed by the country's legal system to walk free, said Guzmán.

Nationwide, it is believed that only 8% of crimes are solved.

Even if criminals do end up behind bars, prisons in Venezuela are severely overcrowded and inmates are armed with machine guns, rifles and grenades.
There is no law whatsoever inside and deadly prison riots are common.

In June 2011, a riot at El Rodeo prison took 5,000 soldiers an entire month to bring under control, and at least 20 prisoners were killed.

Those who enter the prisons will undoubtedly leave hardened to a life of crime.

The government has launched some 20 anti-crime initiatives since former president Hugo Chávez came to power in 1999. Yet, they have made little difference on the ground. 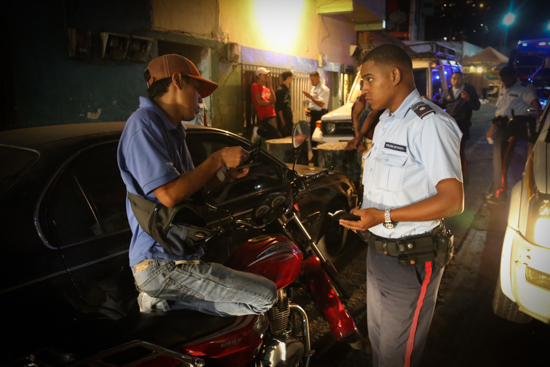 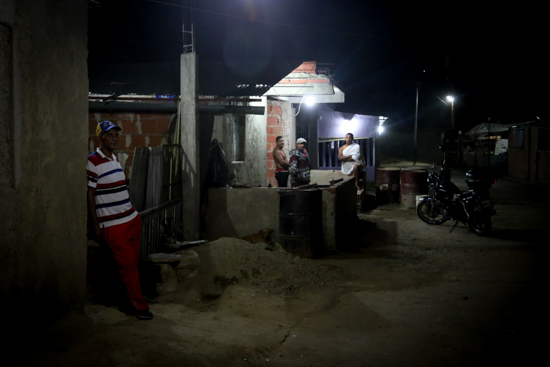 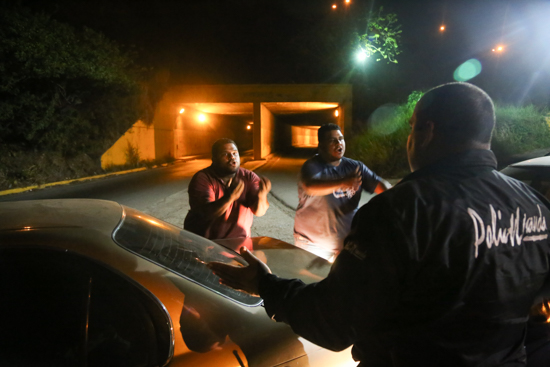 Nicolás Fernández, 40, who worked alongside him, said: 'It was quite a shock to see a colleague killed like this.

'I'm sad for this situation but I'm not scared. This gives me more force to be on the streets. My wife is worried though.'

Another officer, Hernan Montilla, lost his longtime partner and friend Roberto Ríos, 37, last January, who was also killed for his weapon.

He said: 'All of his dreams, his family, his daughter, his wife, his mother, he's left them behind. His dream to graduate from university won't be realized.

'I know when I'll leave the house - but not if I'll return.'