Clutching egg cartons on his shoulder, a young man wades precariously through a muddy river on Venezuela's western jungle border where a Colombian shopkeeper will happily buy them up.

On a peninsula jutting into the Caribbean, a fisherman sails under the cover of darkness to the nearby island of Aruba carrying everything from fish to flour.

Driven by a deepening economic crisis, smuggling across Venezuela's land and maritime borders - as well as illicit domestic trading - has accelerated to unprecedented levels and is transforming society.

Although smuggling has a centuries-old history here, the socialist government's generous subsidies and a currency collapse have given it a dramatic new impetus.

As the formal economy tanks and businesses go under, more and more people have turned to myriad illicit schemes to trade food, medicine and gasoline. Criminal gangs, the poor, professionals and government officials are all cashing in.

For many facing recession and triple-digit inflation, it is a matter of survival.

"We're obliged to engage in contraband," said Alejandra, 41, who once raised chickens but now smuggles fuel across fields into Colombia to help feed her six children. She earns far more in a day than the roughly $10, at the black market rate, she used to in two weeks.

"Soldiers, teachers, engineers, doctors, dentists - all types of professional come here to sell gasoline because salaries aren't worth anything," added Alejandra, in the fields of Guanarito, meters from the border.

In interviews with scores of smugglers and visits to more than a dozen sites - from the western village of Boca del Grita to the eastern port of Guiria and the borders with Brazil and Guyana - Reuters saw evidence of widespread unchecked smuggling.

President Nicolas Maduro's government says the illicit trade is worth more than $2 billion a year and is bleeding Venezuela dry with 30 percent of imported food, 40 percent of all goods and 100,000 barrels of oil per day smuggled out. 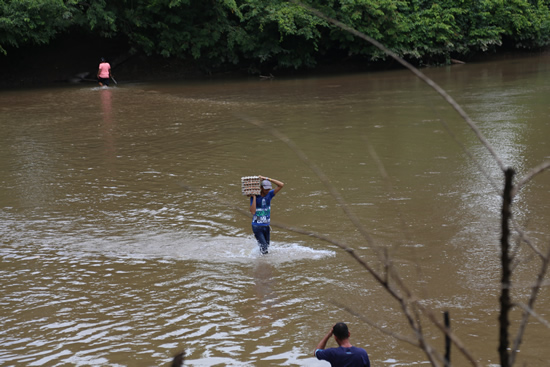 Blaming smugglers for worsening scarcity, Maduro last year closed crossings into Colombia and around 2,000 suspects were rounded up.

Much of the smuggling stems from subsidies, intended to help the poor, on an array of goods from flour to fuel.

Rice, for example, is officially priced at 16 bolivars per kg, worth just two U.S. cents at the black market rate. On Venezuela's streets, it sells for 30 times that, and even more abroad.

Smuggling reduces the goods available to Venezuelans, thus worsening shortages. Frustration over shortages and the broader economic chaos led to a sweeping opposition victory in legislative elections last month and even some socialists are clamoring for policy changes.

"I don't mean the state has to renounce transferring subsidies to the poor, but the way it's done promotes and creates the conditions for smuggling," Temir Porras, former aide to Maduro and his predecessor Hugo Chavez, told Reuters.

Vast differences between Venezuela's multiple exchange rates also fuel smuggling. There are three official rates: the strongest is 6.3 bolivars per dollar but on the black market the dollar sells for around 900 bolivars.

Dozens of smugglers said that officials are often themselves on the take or turn a blind eye. At smuggling points, soldiers and policemen routinely fail to intervene as traffickers pass by.

"We pay the National Guard a few thousand bolivars to get across, depending on what we have in the truck," said one smuggler in the downtrodden western border town of Paraguachon, who moves food into Colombia in his pickup.

The government acknowledges some rotten apples in its ranks, but blames the chaos on an "economic war" by business groups and the opposition.

Neither the National Guard nor government responded to requests for comment. 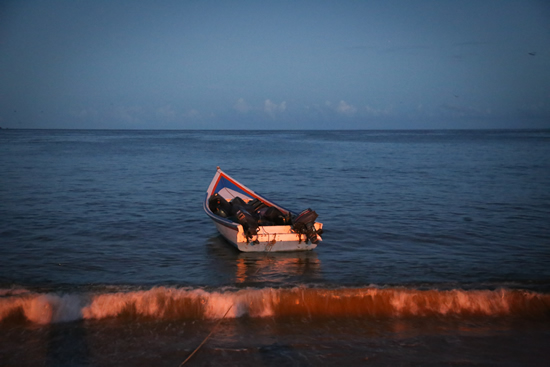 A year ago, smugglers would openly walk into Colombia carrying pasta, flour and vegetable oil, or drive across to have fuel siphoned out of their vehicles.

Since the crackdown, they work surreptitiously, wading across rivers, using hidden tracks or paying discreet kickbacks along the 2,300-km (1,400-mile) border.

"It's impossible to block the border. These are two countries which need each other, like husband and wife," said shopkeeper Luis Olarte, 38, in the Colombian town of Puerto Santander, across a river from Boca del Grita. He buys all his goods - from toothpaste to eggs - from smugglers.

Hundreds of miles to the east, in the Guyanese jungle town of Mabaruma, gasoline, flour, shampoo and other goods are brought across by boats. Flour marked only for sale in Venezuela is available in the markets of Guyana's capital Georgetown.

In the northeastern Venezuelan state of Sucre, fishermen sell gas on the high seas. They pay less than a cent at the black market rate for 60-liter jerry cans and then sell them for around $10 each to seafarers who scurry them off to nearby islands.

"They have to because a poor fisherman with a family doesn't earn enough to survive," said Manuel Gonzalez, 70, president of the local fishing association, in a beachside bar.

On top of products smuggled abroad, price-controlled goods are also bought up and hawked internally for many times their official price.

It is so common that a new word has entered Venezuela's lexicon: "bachaquero," named after a leaf-carrying ant. "Bachaqueros" line up time and again to buy subsidized goods for resale, mainly to the middle classes.

"We have contacts inside the supermarket and colleagues working at other locations who tell us what is arriving, when and where," said a 24-year-old "bachaquera" outside a supermarket in the poor Caracas district of La Yaguara.

"No one wants to line up for eight hours," she said. 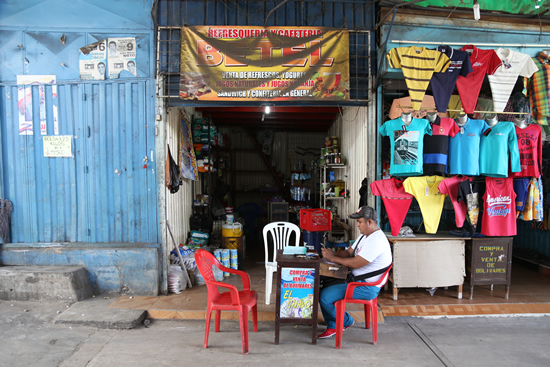 So profitable is "bachaqueo" that many Venezuelans have given up formal jobs to do it full time. The number of informal workers is set to rise a third to 40 percent of the workforce this year, local think-tank Ecoanalitica says.

Exchange rate spreads have also created some white-collar schemes. Bond traders, for instance, boasted huge profits a decade ago when some were able to obtain hard currency at preferential rates.

Hundreds of years before today's "bachaqueros" and bond traders, smuggling flourished in this former Spanish colony.

In the 18th century, Spain's Royal Guipuzcoan Company was the sole legal buyer of Venezuelan goods from coffee to coconuts. However, enterprising locals, using the same routes as today's illicit traders, would smuggle them out for higher prices than the Spanish paid.

At Las Piedras village on the northwestern Falcon peninsula, a 25-year-old fisherman recently prepared to smuggle fish, mayonnaise and butter to the island of Aruba.

"This is the best work you can get in Venezuela!"