Civilians and soldiers wounded as Iraqi forces attempt to retake Mosul from Islamic State are receiving treatment in a high-tech field hospital about 20 km from the frontlines.

Treating shrapnel, bullet and bomb wounds, the facility - complete with emergency rooms, intensive care units and a fully-stocked pharmacy - was set up by U.S. relief organization Samaritan's Purse after Christmas in a patch of desert about half an hour's drive from clashes in eastern Mosul.

It has shaved considerable time off the journey to the Kurdish city of Erbil, the nearest place with fixed healthcare facilities, and more than 100 patients have already been treated.

"We've seen teenagers with sniper fire to the back of their heads, six-year-olds shot in the abdomen, people with wounds in their back as they were trying to run away," said David Gettle, 68, the hospital's administrator.

"When they were injured in Mosul, they had to make a two to three-hour trip through checkpoints, ambulance transfer, and people were actually dying trying to get help."

An ambulance transfer is required at the border with the autonomous Kurdistan region, which heavily restricts entry.

Around 145,000 people have been displaced from Mosul in the first three months of the campaign, the biggest battle in Iraq since the 2003 U.S.-led invasion that toppled Saddam Hussein, according to the International Organization for Migration.

Almost the entire eastern half of the city has been retaken by elite counter-terrorism forces, the army and militarized police in fierce street-to-street fighting, but Islamic State still has full control of the western side.

Half a dozen camps for people displaced from Mosul and outlying areas dot the desert around the city and on the way to Erbil. 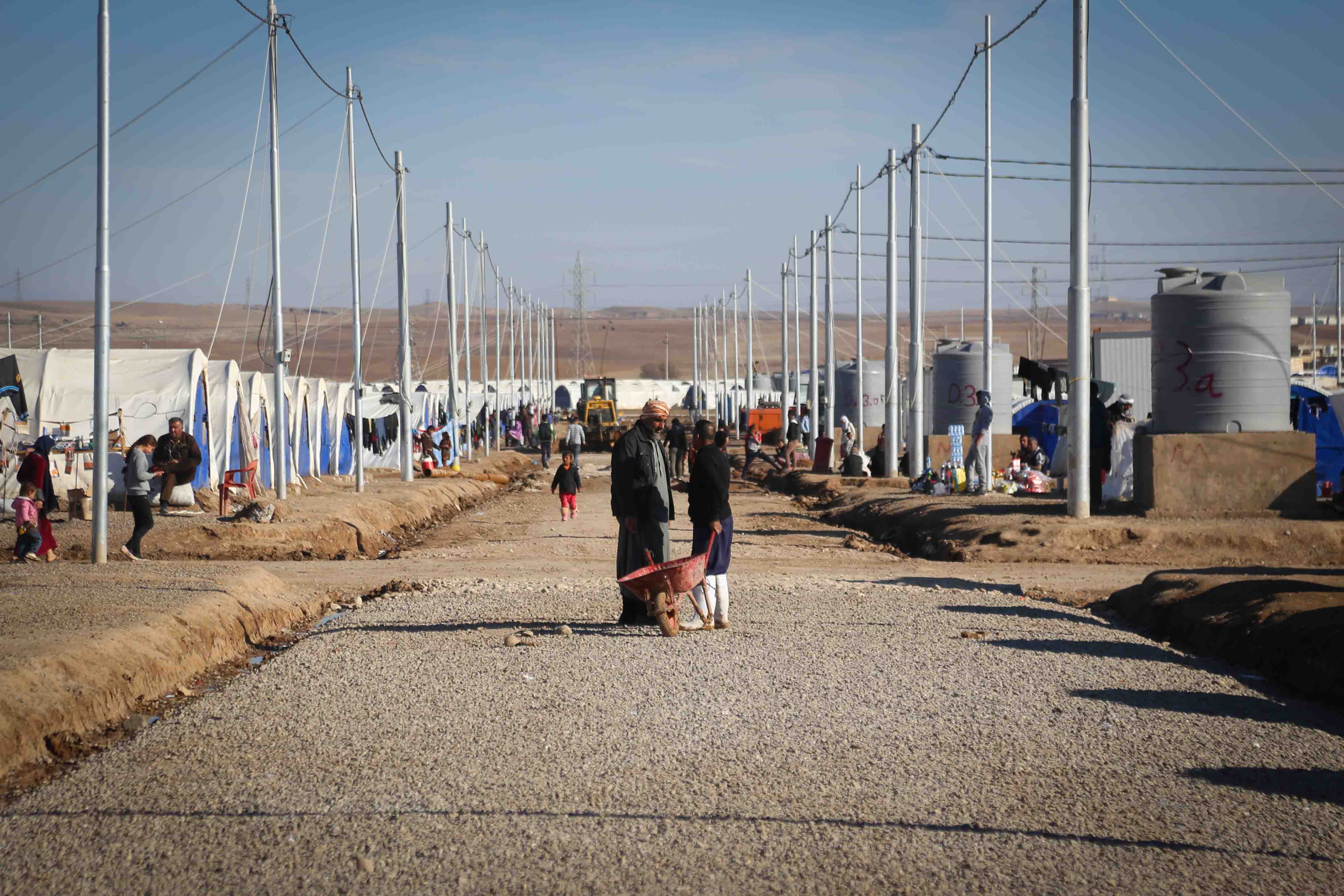 The United Nations had warned that the operation to retake Mosul, Islamic State's largest urban stronghold anywhere in Iraq or neighboring Syria, could displace up to 1.5 million people.

Most people have chosen to stay in their homes or move in temporarily with relatives in other neighborhoods, and the militants have prevented many others from fleeing.

People at the camps say they struggle to get adequate healthcare.

At Khazer, east of Mosul, one woman said her husband died last month after feeling unwell at night, because there were no ambulances available.

"The driver said he didn't have gas," she said outside her blue and white tent flanked by her children, adding that a guard told them ambulances would not come at night. "If they had come earlier, he would probably still be alive."

A doctor at the camp told Reuters that healthcare facilities were inadequate.

"We need more specialists and I'm limited in the number of people I can send to Erbil - but some people need that help," the doctor said, asking that no name be revealed for fear of reprisal.

A recent report by the United Nations Office for the Coordination of Humanitarian Affairs said that more ambulances and better organization were needed.

Back at the new field hospital, doctors and nurses are pleased with their ability to help.

"We have all the different things that I work with in a hospital in the United States," said intensive care nurse Brittany Barclay, 27.

"They receive great care ... Time is very important. The close proximity to the front lines, though it's more dangerous, is what's saving patients' lives."