Shepherds herd blackened flocks through the Iraqi desert. Locals cough and wheeze under vast clouds of smoke, and NASA images show oil threatening to encroach on the Tigris River, a major water source.

Lit by Islamic State as they fled Iraqi forces in August, huge oil fires are still raging across northern Iraq, bringing a litany of problems in their wake. 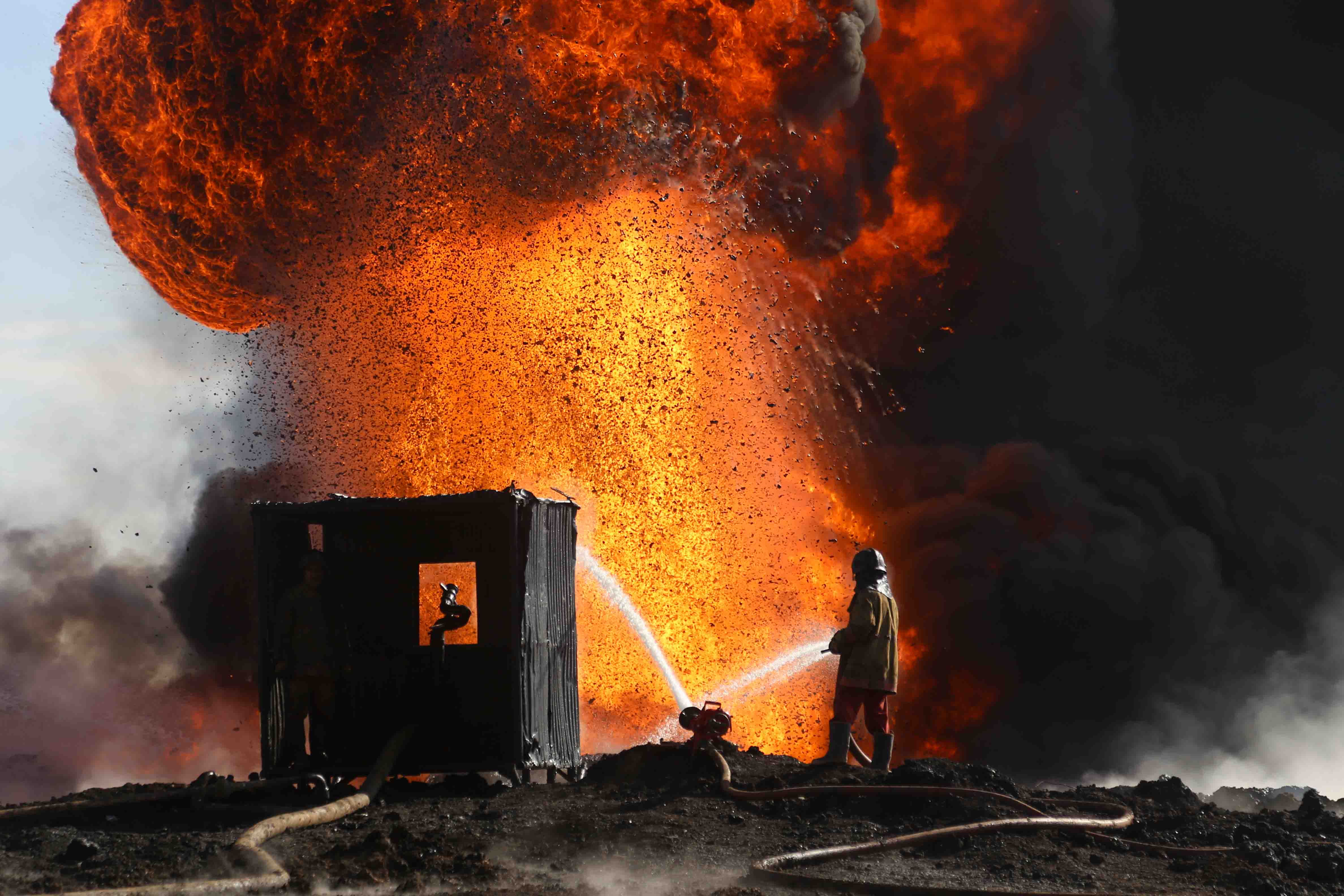 A toxic cloud has hung for months over the town of Qayyara, just 60 km (40 miles) from Mosul where Iraqi forces are battling to defeat the militant Sunni group. It is an eerie reminder of the group's rule of the area as traumatised residents begin to rebuild.

More than 250 square km (155 square miles) were covered in smoke for more than 21 days, according to satellite images published in November. Follow-up photos this month show oil "very close" to a tributary of the Tigris though a little less smoke as some fires have been extinguished. 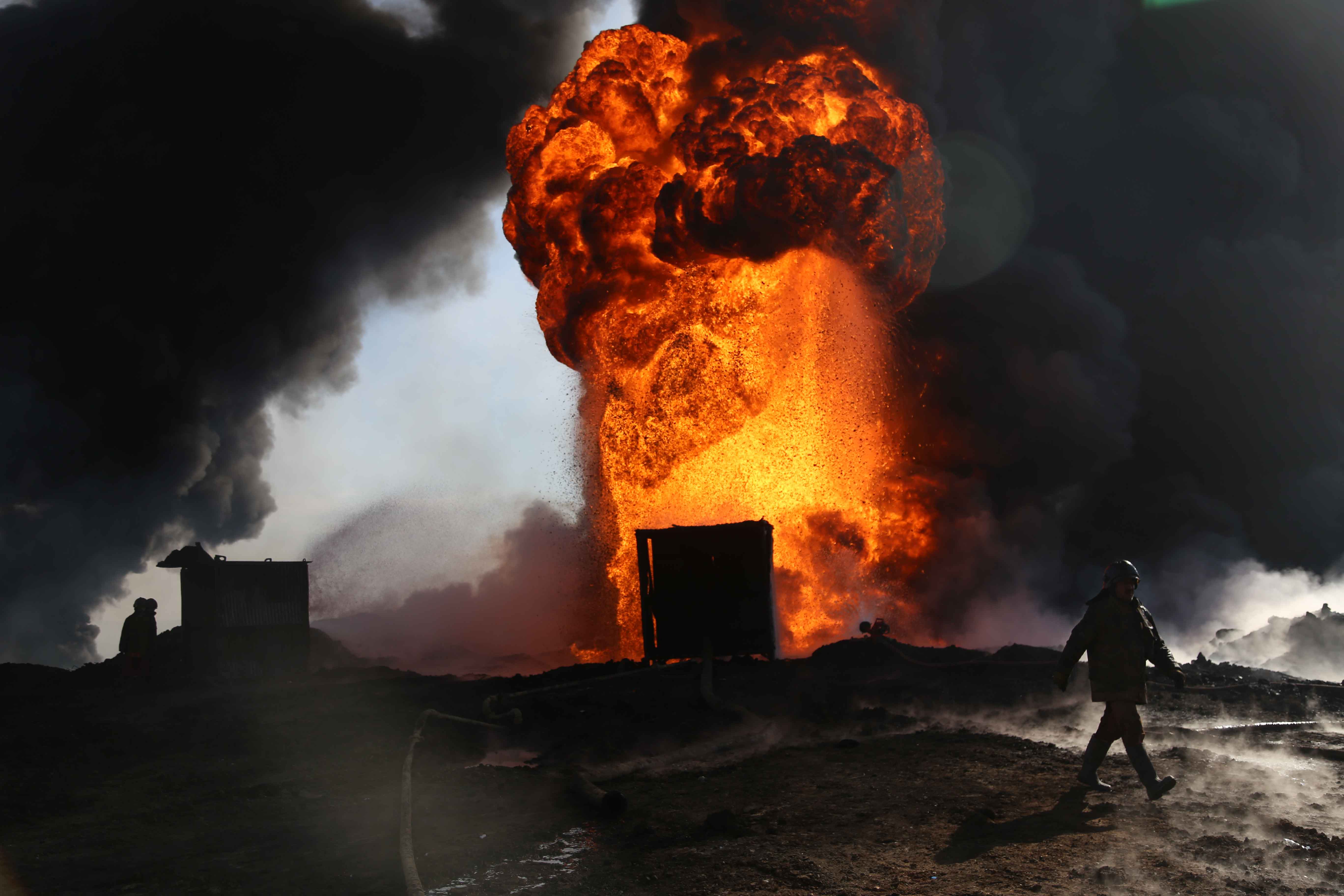 "The smoke hurts our children, hurts us and, as we get older, it's only going to cause us more problems," said Sarhan Misin, 20, who works in a sweet shop just off Qayyara's main road, adding he has begun suffering coughing fits and shortness of breath. 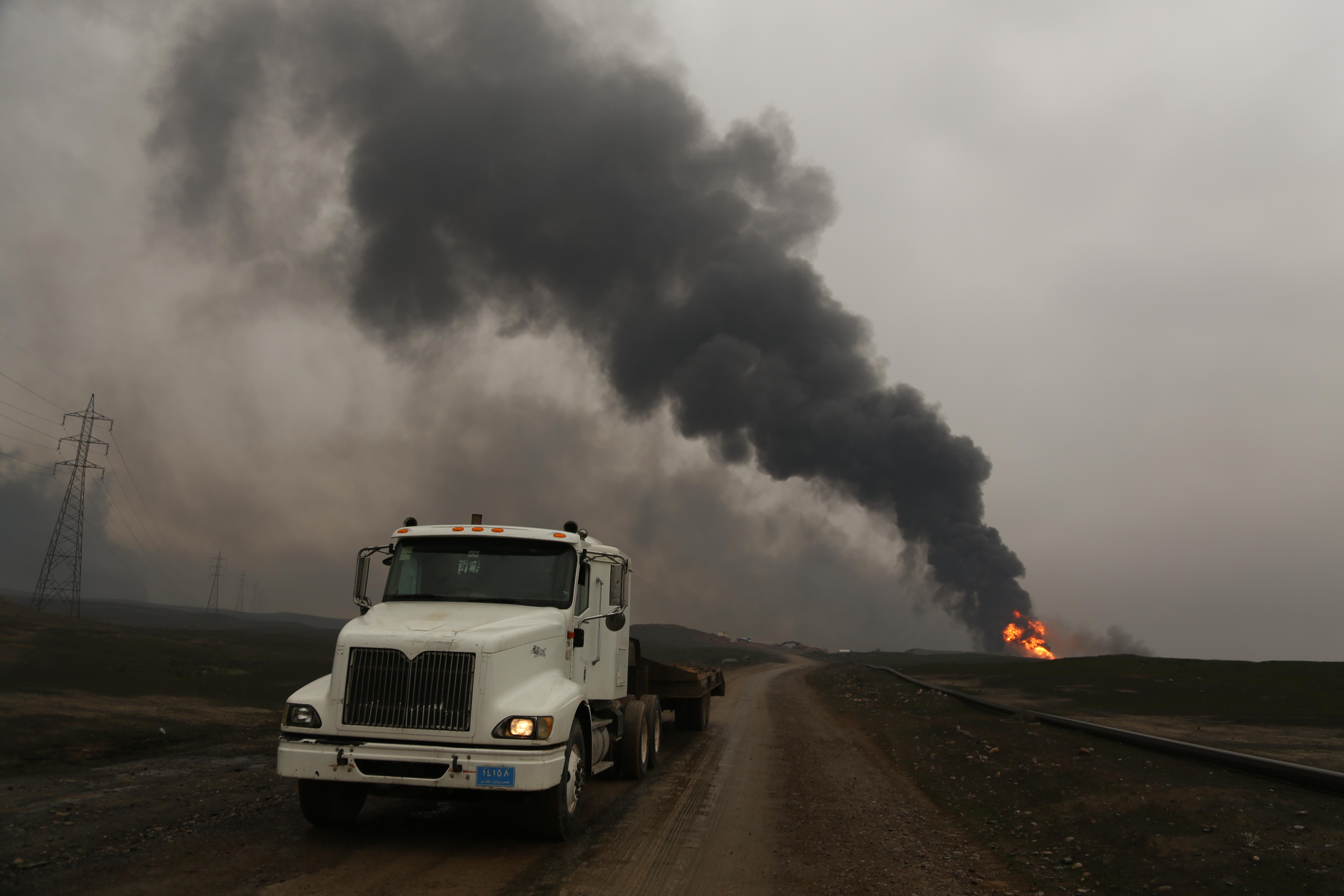 A doctor at the local hospital, asking not to be named for fear of reprisal by Islamic State, told Reuters he had seen many more patients with respiratory problems in recent months, though was not able to give numbers.

A shepherd herding sheep near a military checkpoint and bombed-out bridge said the oil fires were to blame for the deaths of 10 of his once-60-strong flock. The wool of the remainder turned an oily black.

"When it started, we washed them and they came back to this dark colour immediately," said Hamid Achman, 40, a former policeman turned shepherd after his brother, also a policeman, was killed by Islamic State.

The United Nations as well as many environmental groups and charities have used strong language and pushed for the fires to be extinguished and more serious testing to take place.

"This ongoing ecocide is a recipe for a prolonged disaster," said Erik Solheim, head of the United Nations' Environment Programme, in October. 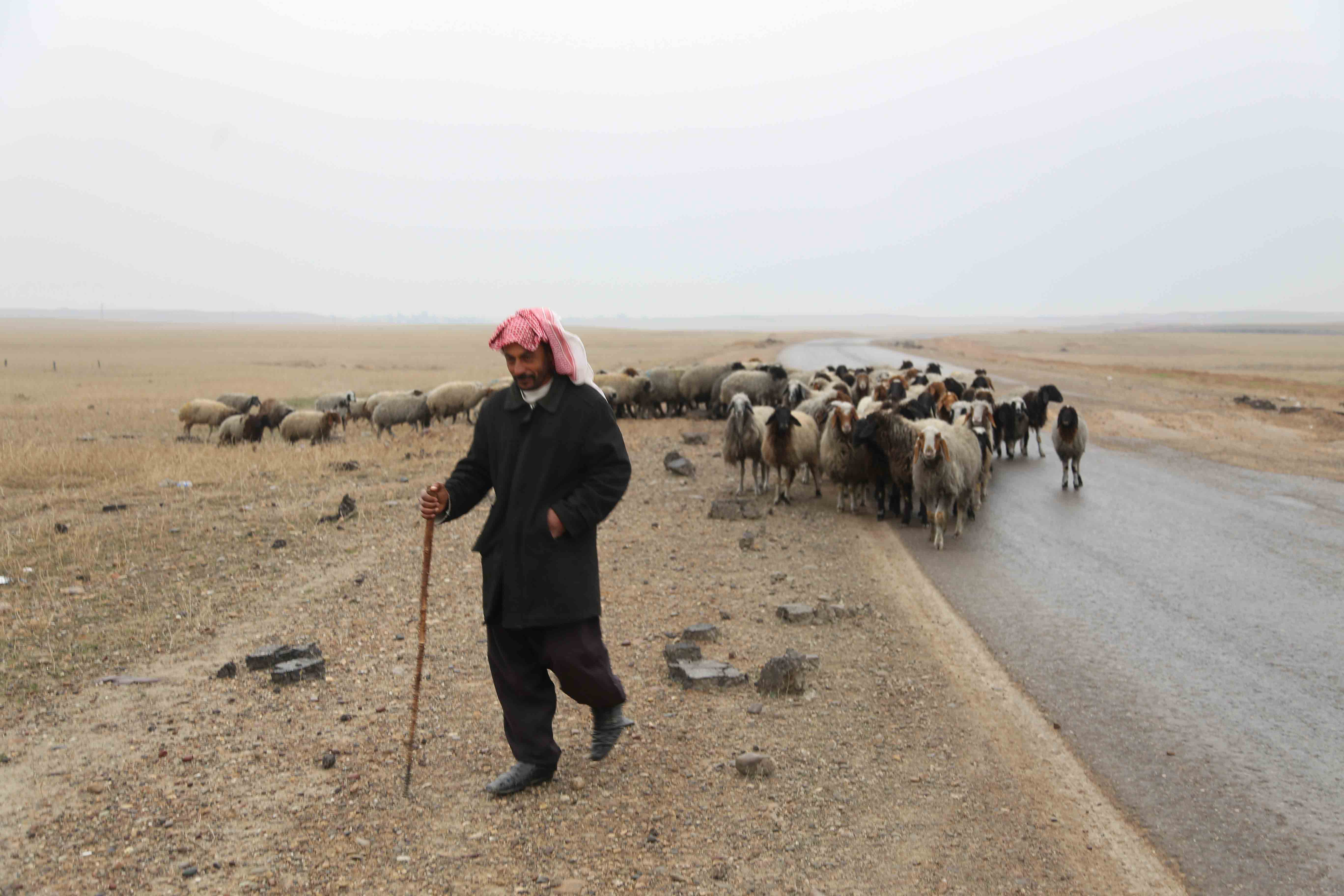 On top of the burning oil wells, Qayyara, home to roughly 15,000 people, suffered a chlorine gas leak in October originating from a water plant. A further toxic cloud rolled across the land as sulphur dioxide stockpiled nearby caught fire.

"Qayyara clearly shows that environmental damage in conflicts is a humanitarian issue, with acute and potentially long term consequences," said Doug Weir, a manager at the U.K.-based Toxic Remnants of War Project.

Known for their sulphur-rich, heavy crude, the Qayyara area's two main oil fields produced 30,000 barrels per day before the area was taken over by Islamic State, which then itself profited from the wells.

The district's name is derived from the Arabic for tar, qatran. 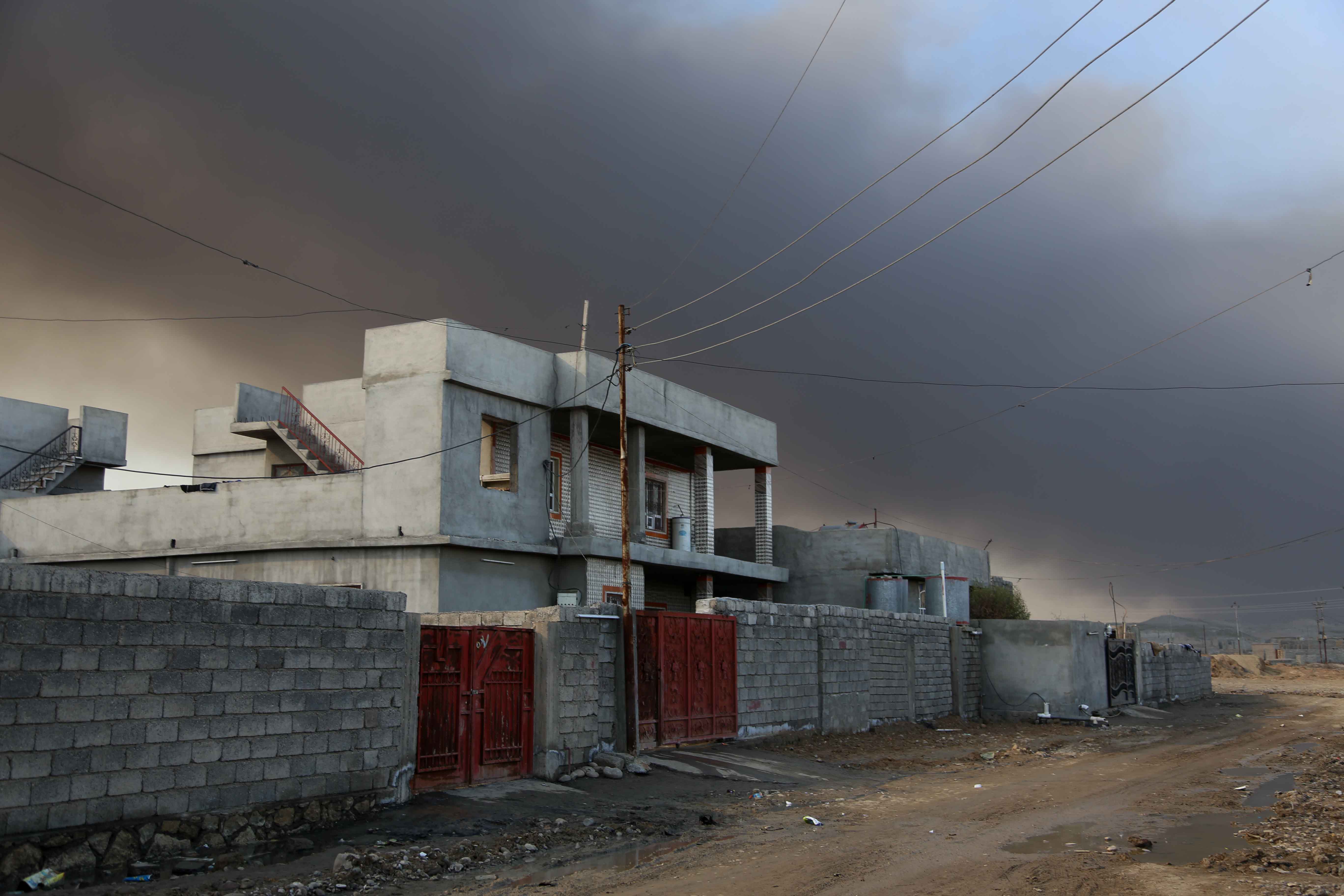 A few kilometres away, one well of around 20 initially lit by Islamic State - of which half are still burning - spews flames dozens of metres high into the cold Iraqi air. Thick smoke swirls for kilometres around.

Around 100 firefighters and engineers are working to put out the fire in extremely difficult circumstances, though there is no indication as to when their work will be done. 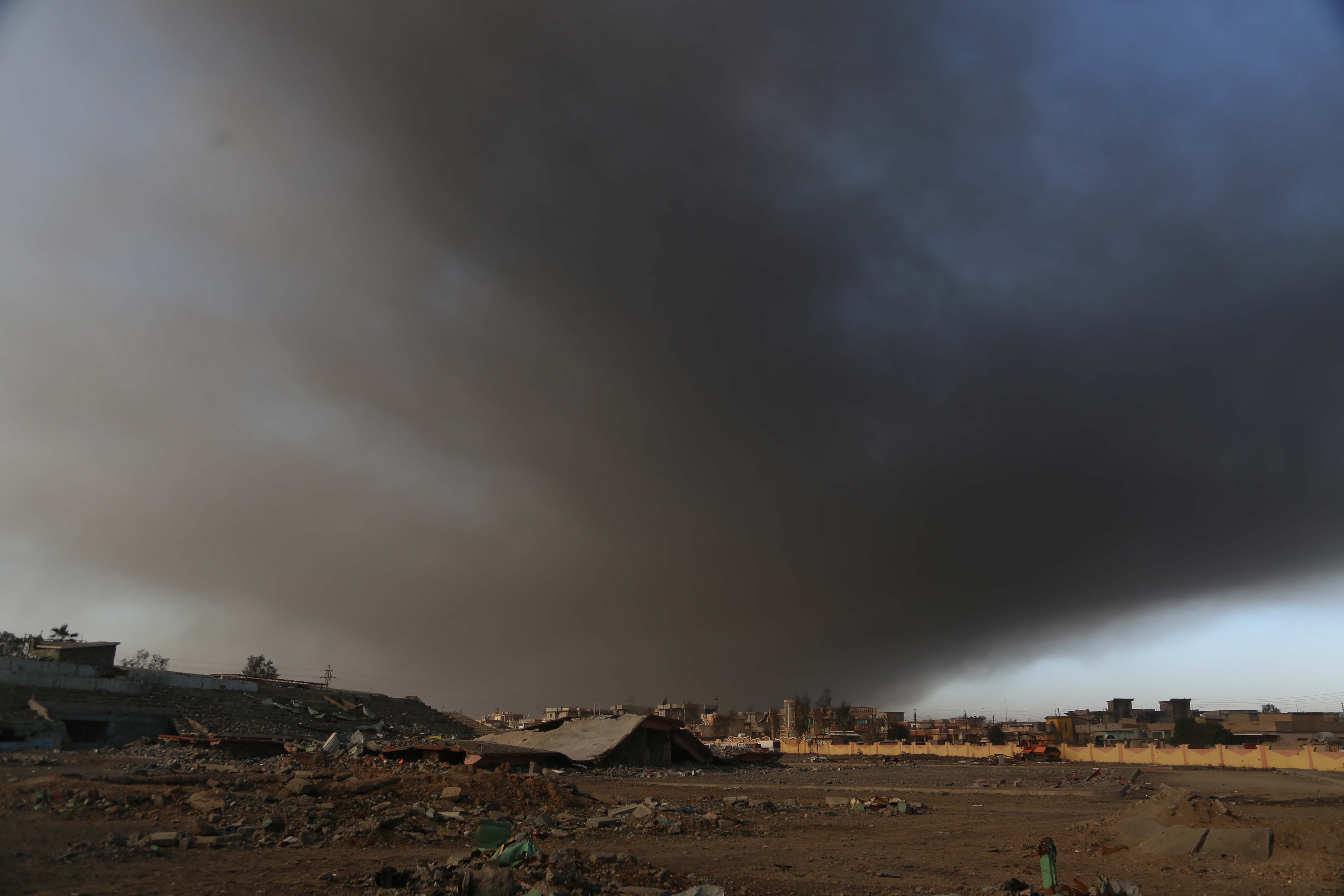 "Sometimes the weather changes suddenly and the fire burns the workers and damages the equipment," said Ayyad Al-Jiburi, the engineer leading the project. 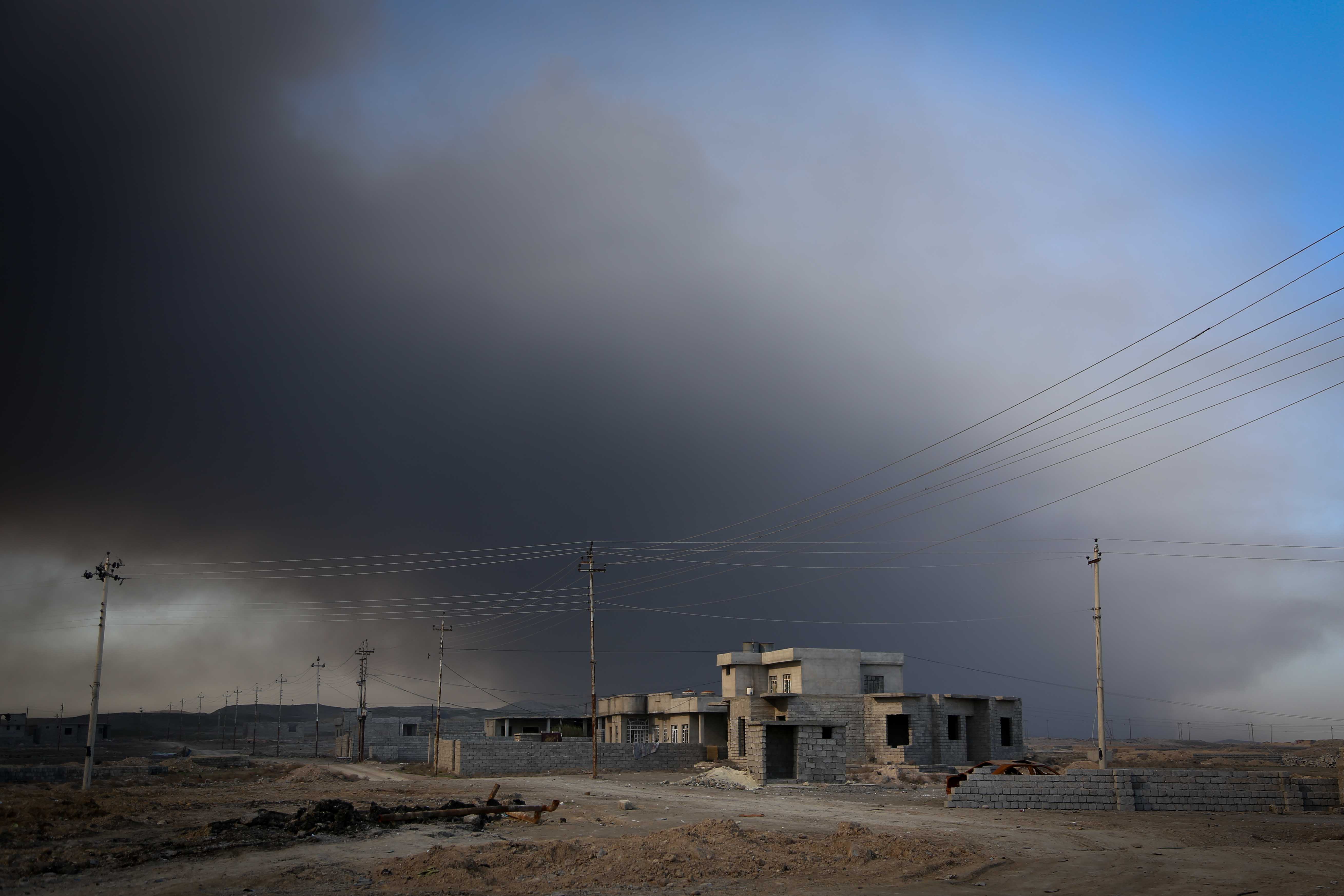 Standing some 20 metres from the flames, smouldering cigarette in hand, he remarks that the ground beneath them could collapse at any moment.

"We're dealing with a natural force... as if preparing Judgement Day and what hell could be like." 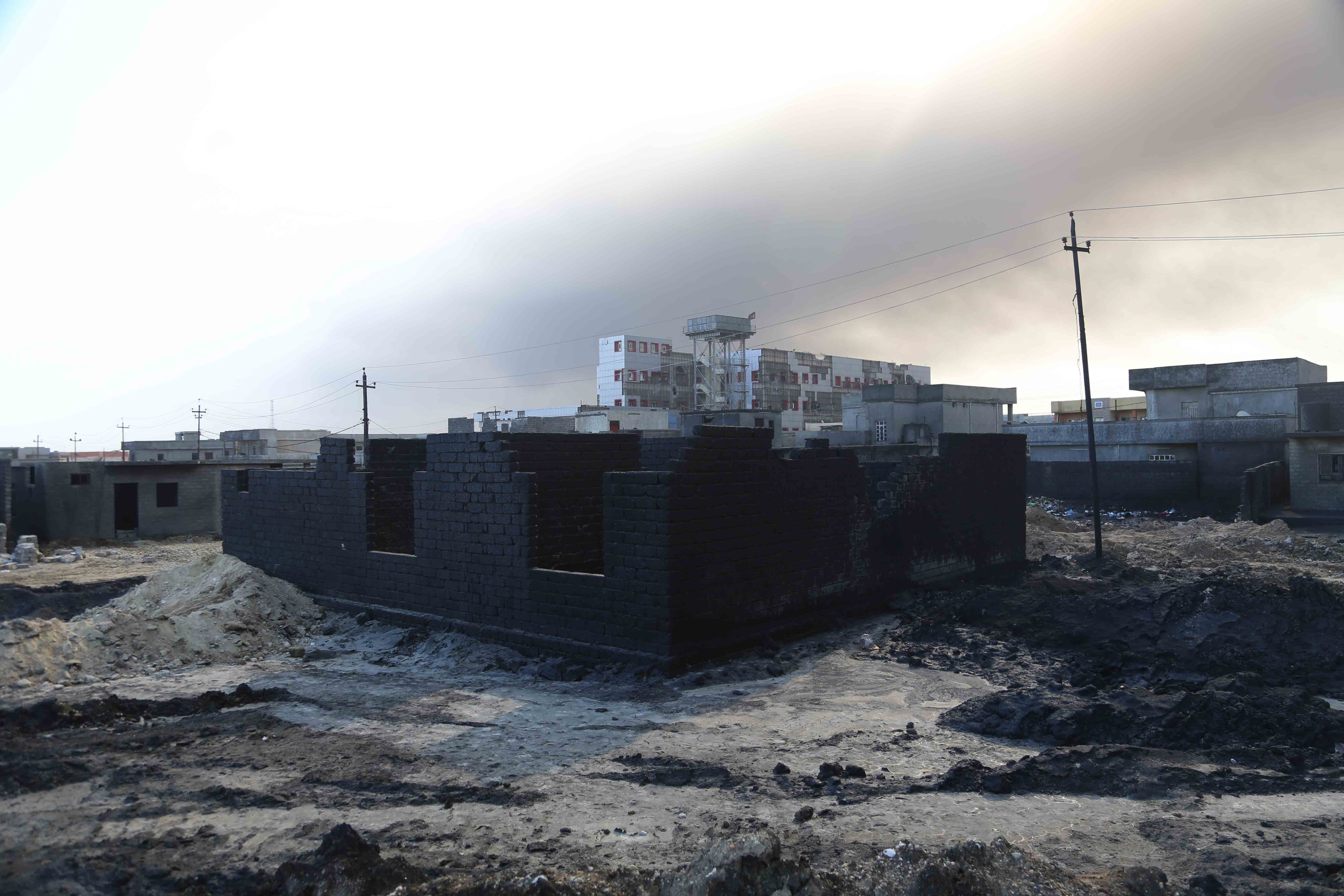