The clashes began after authorities closed subway stations, set up checkpoints and cordoned off a square where opponents had planned their latest protest against autocratic government and a crippling economic crisis.

In cat-and-mouse skirmishes on backstreets and highways around the capital, youths built barricades, burned trash and hurled rocks and bottles at soldiers and police. Various opposition leaders organized roadblocks.

Opposition activists said armed pro-government gangs joined the fray and opened fire. "About 50-100 guys arrived on bike and started to shoot in the air," protester Bernardo Sanchez told local media, saying a bullet had lodged in his thigh.

In one street, kneeling women sang the national anthem as neighbors banged pots and pans from nearby buildings in a show of anger against a government they blame for a deep recession that has led to shortages of food and basics.

"We're going to get rid of them but we have to fight," said Jose Zapata, 57, an electrician, as he marched with a stick in his hand.

Overlooking one wide avenue, some pro-Maduro residents in a state housing project threw trash onto protesters below. 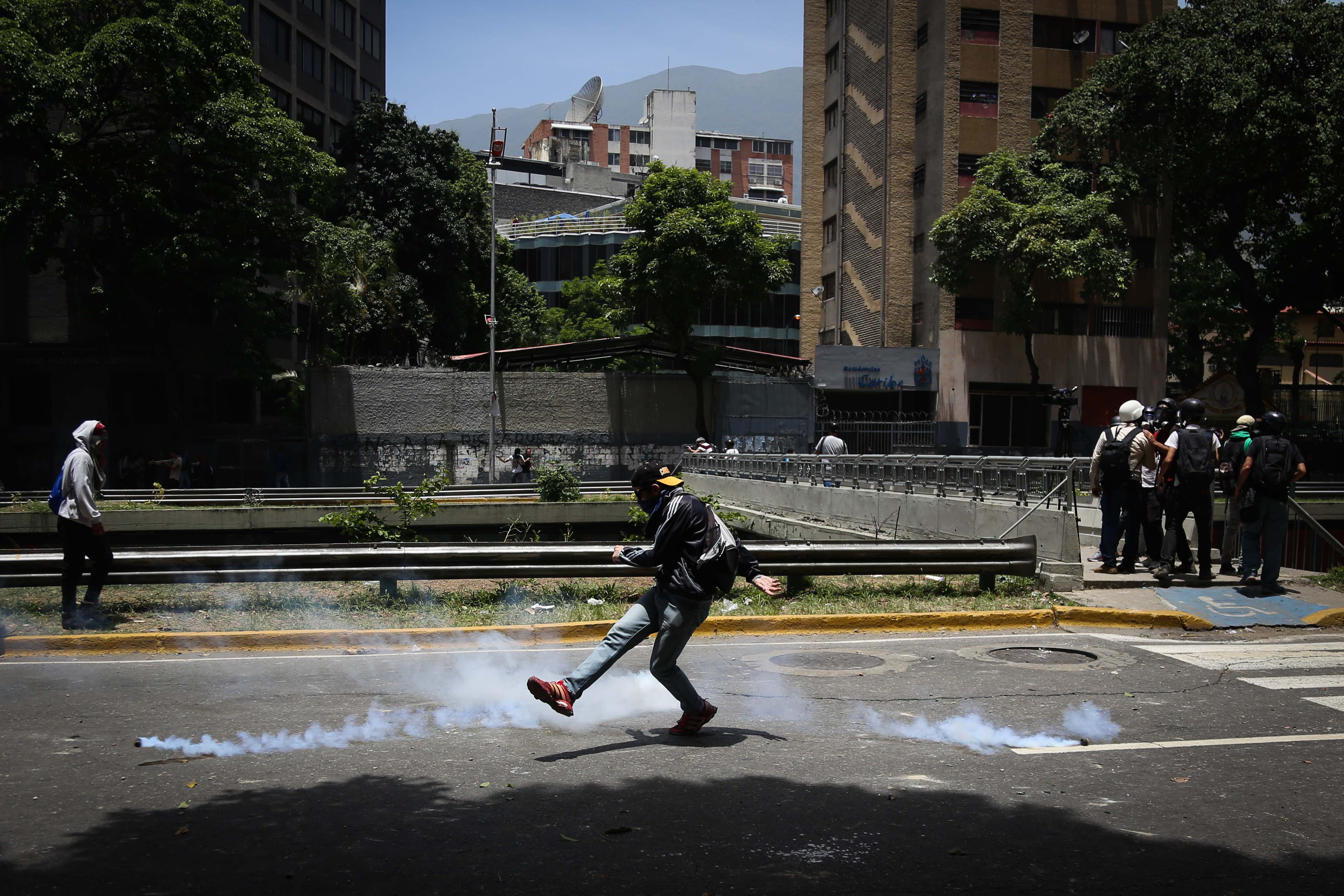 With thousands out on both sides, supporters of the 54-year-old president organized their own rally, in a volatile scenario seen constantly during the 18 years of leftist rule in the South American nation.

"They want an intervention in Venezuela," said Prisons Ministry worker Juan Aponte, 34, who wore the red colors of the ruling Socialist Party.

Protests also were staged in other cities and more are planned across the country for Thursday.

The government accuses opposition parties of abetting a U.S.-led plot to topple Maduro, who has ruled Venezuela since the 2013 death of Hugo Chavez. 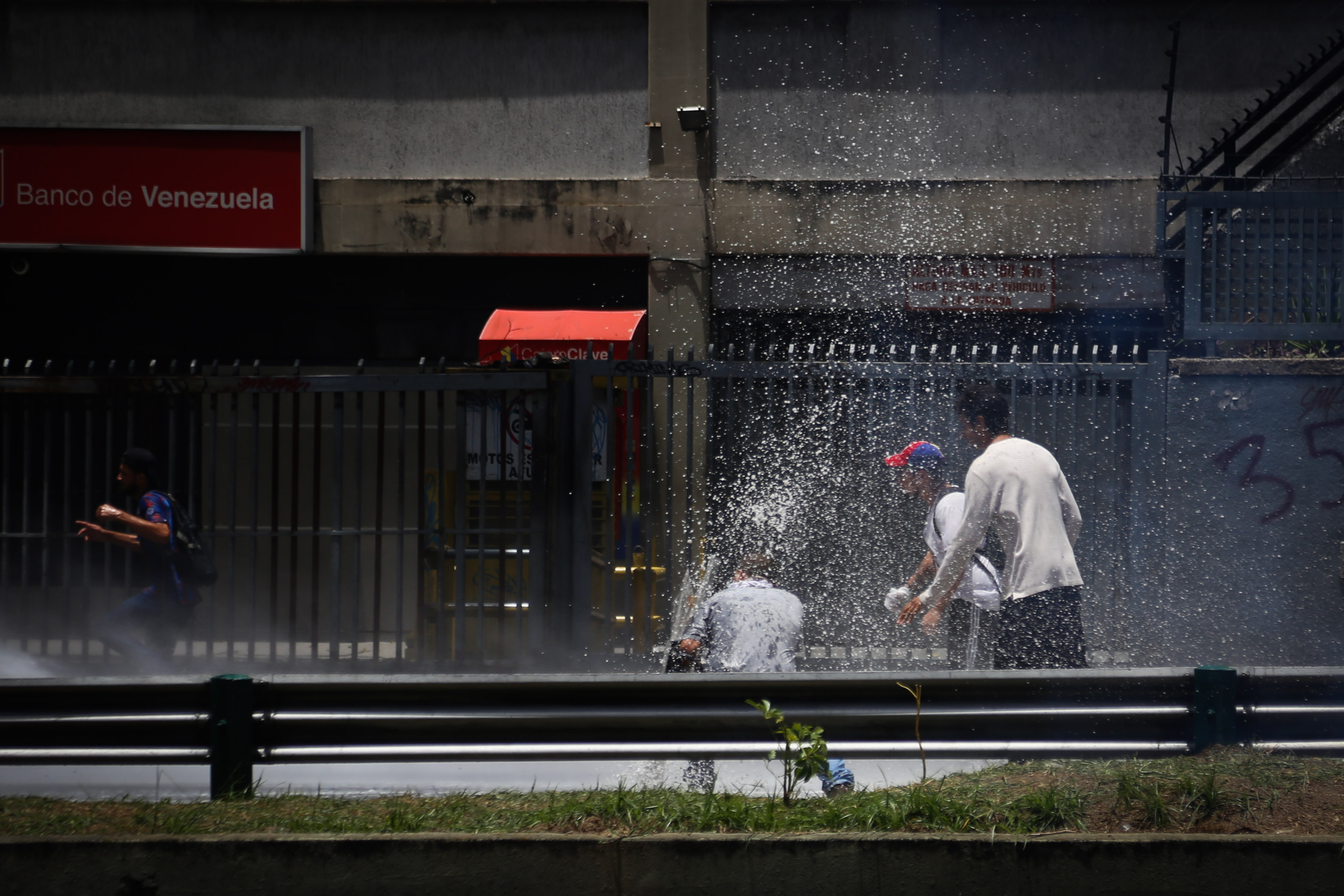 Although the court retracted that ruling over the weekend, the National Assembly remains powerless due to previous court judgments. 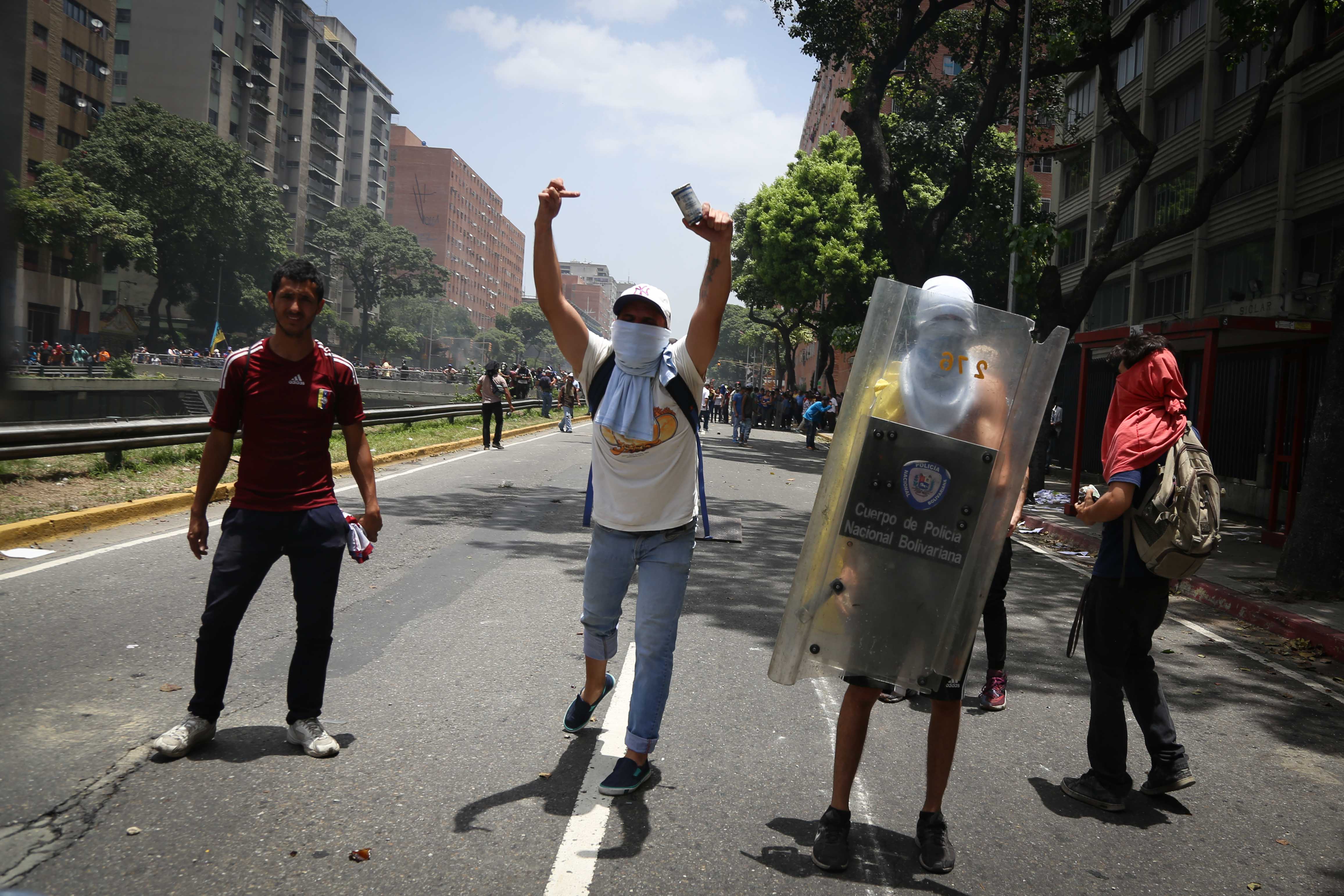 Maduro says the U.S. government and other foes are whipping up hysteria against him to lay the ground for a coup.

"From the north (the United States), they give the order to the defeated fascist right of Venezuela to fill the streets with violence and blood," Maduro said on state TV.

"In Caracas, in Venezuela, peace has triumphed once again."

The regional bloc on Monday urged Venezuela to restore congress' authority and guarantee separation of powers, but Venezuela's representative walked out, as did the envoy from fellow leftist Bolivia, which holds the OAS presidency.

"The OAS has surpassed itself in aggression against Venezuela," Maduro said late on Monday. "It is a real court of inquisition, carrying out abuses and vulgarities."

Venezuela's opposition won a National Assembly majority in late 2015 but the Supreme Court has overturned almost all its measures.

Due to the chaos in Caracas, the legislature postponed until Wednesday a session to censure the "rupture" of Venezuela's constitution. Legislators also plan this week to start proceedings to remove Supreme Court judges but that would only be a symbolic rebuke since congress has no power to act.